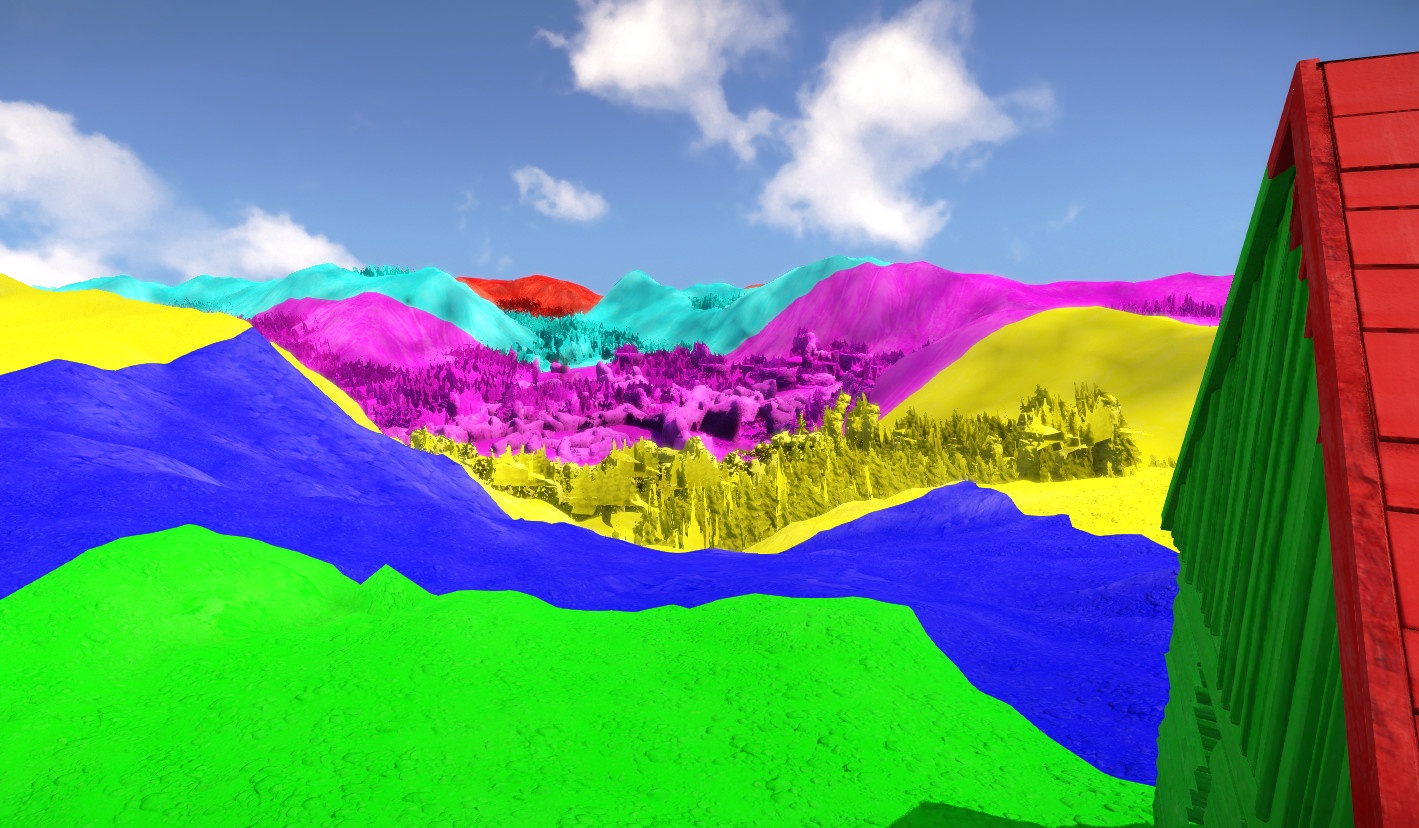 This can potentially cause a slight stall as a large number of shadow casting items need to be rendered for one frame. In practice however, this hasn't caused any issues so far. For convenience, a warning message is displayed in the console each time a cached shadow cascade is updated.

Cached shadows work very well with static objects, however, dynamic objects won't get their shadows updated when moving. This can be more or less noticeable depending on the case - for a large wind mill for example the error can be quite obvious at medium distance . To overcome this, dynamic objects can selectively be excluded from the cache and rendered to the standard cascades. The performance overhead of enabling the feature for a limited number of entities is generally quite low.

To enable dynamic distance shadows for an object, enable the option DynamicDistanceShadows on the entity.