This tutorial will guide you through the initial steps in getting your audio from FMOD Studio to work with CRYENGINE using CRYENGINE's audio system.

Setting up FMOD Studio in CRYENGINE

Enable the FMOD middleware in CRYENGINE's Console by setting the s_ImplName CVar to CryAudioImplFmod. As an alternative add following line to your system.cfg or user.cfg file (located in the root folder of the CRYENGINE):
s_ImplName = CryAudioImplFmod

When using FMOD Studio with CRYENGINE, you can locate the FMOD Studio specific data in the following locations:

You can select a different path for your FMOD Studio project by going to Edit -> Preferences in the Audio Controls Editor. You can then type the desired path or browse for the folder with the Browse button:

By default, CRYENGINE checks these folders to locate all the FMOD Studio Controls and Soundbanks and displays those files in the Audio Controls Editor.

When you ship your game, make sure you include only the Soundbanks in the game folder as they contain all data from the FMOD Studio Project.

To make sure that you are using the correct version, open the Console in CRYENGINE, and then type s_DrawAudioDebug a. Now, you can see (in the top left hand corner) the current version of FMOD Studio that is supported by the audio system in your CRYENGINE build.

You can download the latest FMOD Studio version from here.

Creating an Audio Setup for CRYENGINE in FMOD Studio

If you are new to FMOD Studio, we recommend that you read the FMOD Studio manual. You can also visit the FMOD support page here.

In FMOD Studio, you can import audio into the Event Editor by dragging and dropping the file or by using the Import option (File->Import Audio Files).
After you import an audio file in *.wav format, FMOD Studio will create a new sound event for it. 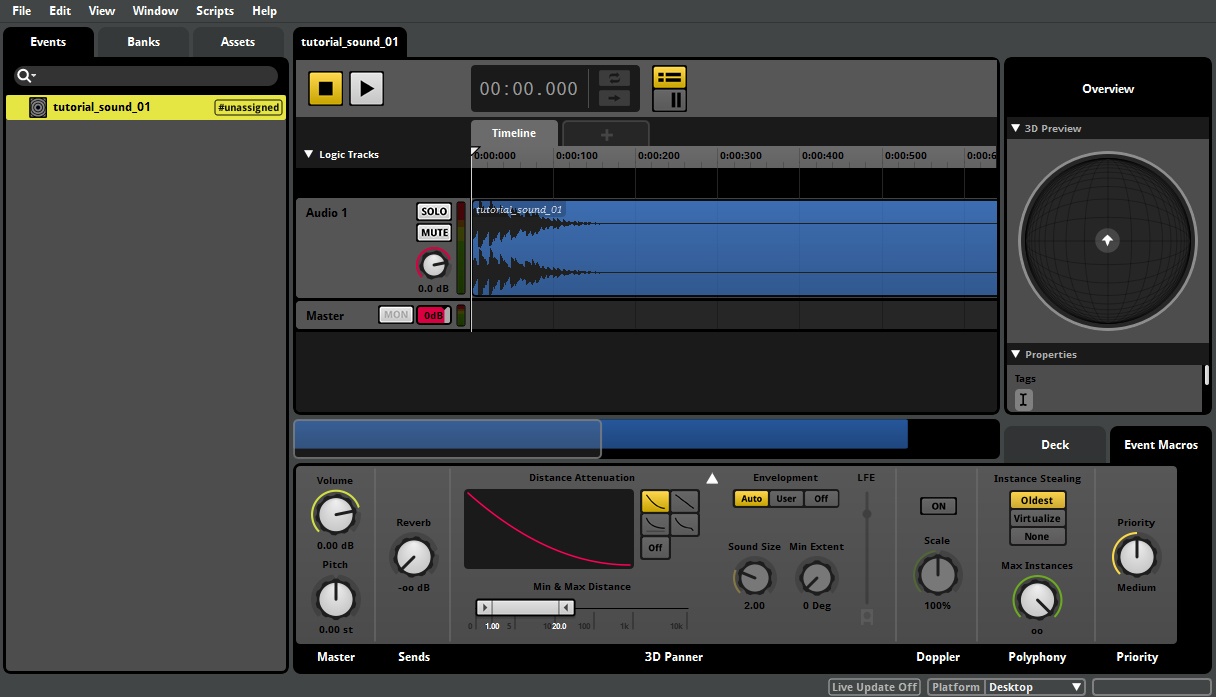 For each sound event in FMOD Studio, you can adjust multiple settings in the Deck area below the Timeline section. In the Deck area, you can change settings including the Volume, Pitch, Low/High-Pass Filtering and Positioning of the sound.

Creating a Soundbank in FMOD Studio

To integrate a new event into your game, you need to create a Soundbank in FMOD Studio that can be loaded by CRYENGINE.

In FMOD Studio, select the Bank tab in the Event Editor, and then right-click to create a new bank. 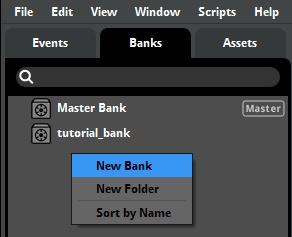 Now you can populate the Soundbank with the audio content that you have created. In the Event tab, right-click on the sound event (selecting multiple events is possible) and choose Assign to Bank (see below). You can also assign the sound events directly to a new bank. 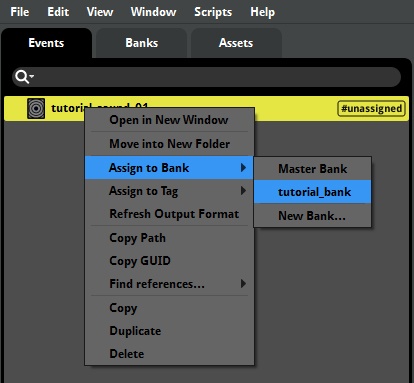 Make sure that the Soundbanks are located in the below mentioned location in order to be detected by the Audio Controls Editor:

This will build the following banks:

The .bank file needs to be preloaded via an ACE Preload Request in order for the streamed assets to be played,

The .streams.bank is not be displayed in the ACE as it will be automatically accessed on demand.

You can set up FMOD Studio to automatically generate the Soundbanks in the correct location by adjusting the bank directories in Edit -> Preferences -> Build. 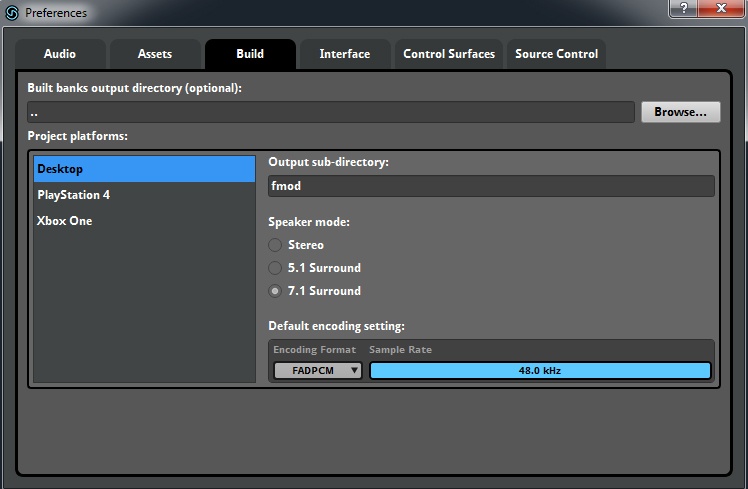 You can now connect them to the audio system in order to integrate them into your level in CRYENGINE. You need to create a new folder in the Audio Controls Editor by selecting the +Add button and select Folder from the drop-down list. 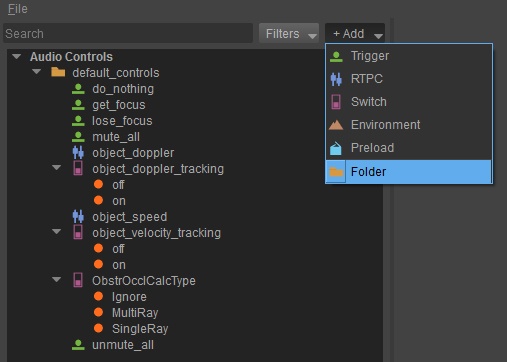 You will see that two types of audio system Controls have been created, a Trigger and a Preload. The Trigger will be used to call the FMOD Studio Event in your game while the Preload will be used to load the FMOC Studio Soundbanks so that all data related to the event is included in memory.

On the audio system Preload, make sure that the Auto-Load checkbox is activated and leave the Context on Global for now. You can read more about using Contexts in the Audio Controls Editor here.

If you have followed the above steps, you can now select your audio system trigger in the editor and play it back on an Audio Entity. You can pre-listen to your audio system Triggers in the Audio Controls Editor by right-clicking on it and selecting Execute Trigger.
In order to listen to your sound in the game, you need to place an audio entity in the Level which executes the audio Trigger during game play.

For each level, it is recommended to first create a dedicated audio layer which contains your audio data. To enable this, select Tools-> Level Editor-> Level Explorer, and then select File-> New Layer to create a new layer and rename it as Audio.

When a StopTrigger is executed and the StopTriggerName is left empty, CRYENGINE will automatically stop the FMOD Studio event from playing. This is important to remember as the behavior is same in all places in CRYENGINE where a StopTrigger can be used. 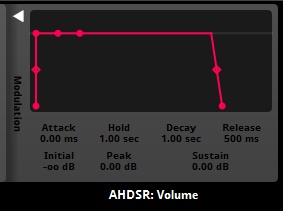 When you select a connection in the Connected Controls window, you can choose if the sound should be started or stopped using the Action drop-down option. 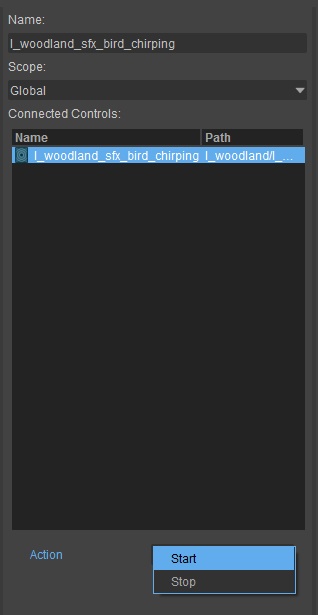 For more information, take a look at the functionality of the Audio Trigger Spot in combination with FMOD Studio here.