This category contains features which are exclusively used with GPU Particles.

The GPU based particle pipeline implements a subset of the CPU particle functionality while offering much higher speed for massive particle effects such as fluid like effects and fractal movement.

The following options are available under the GPU Particles category:

CRYENGINE Particle System has been optimized to fully use CPU capacity for both PCs and Consoles and will execute efficiently in most cases. Particle effect GPU implementation has been specifically optimized to only handle very large amounts of particles and adds a significant amount of overhead if used too often with low amount of particles per runtime. Therefore, it is recommended to only use the GPU Particle feature when necessary.

This feature adds the ability for GPU particles to collide against the render geometry in the depth buffer of the scene. Note that the particles will only collide with the visible geometry.

This is an experimental feature and is only accessible for preview. This feature provides an example for potential future uses of CRYENGINE GPU particle pipeline and the final version might be incompatible with the current implementation. 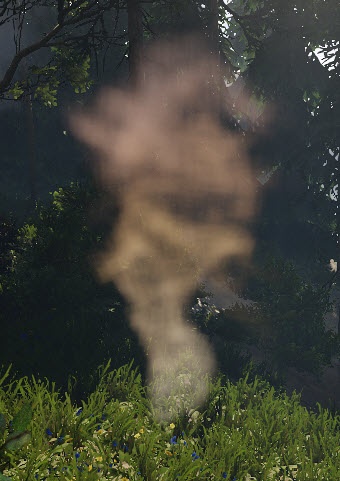 This feature allows users to add a Smooth Particle Hydrodynamics (SPH) simulation to a component. The simulation will be conducted using fluid particles that are not handled by the Particle System itself. The fluid particles are used to generate and evolve a velocity field, which can be sampled to provide velocities for particles.

When the Engine is started and a GPU Fluid Dynamics feature is available, debug drawing will be activated and the bounds of the acceleration structure, as well as the positions of the SPH simulation particles, will be visualized. Be aware that this will degrade the performance of the simulation.

To deactivate debug drawing and enable maximum performance, use the CVar r_GpuPhysicsFluidDynamicsDebug=0. 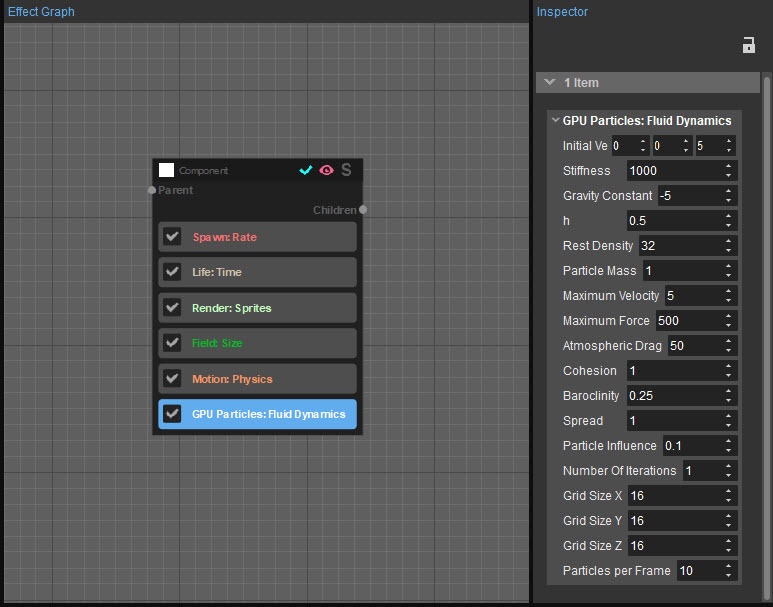 Depending on the game type and the performance of the GPU, it can even be possible to have more than a million particles introduced to the game. Currently, the user interface limits the maximum number of GPU Particles to two million. After paying the upfront cost that comes with initializing and running the GPU pipeline, the investment quickly pays off when processing a large number of particles. This is especially true for heavy features such as the Motion: Physics component; also Simplex or Simplex Curl Noise benefit a lot from the raw processing power that is available on a modern GPU. On the other hand, the GPU pipeline is more limited in functionality.

For more information about the difference between a Component and a Runtime, please see Key Concepts.