Help with installation and setup

For help with configuring your device, please use the official Oculus application and documentation in the link above. 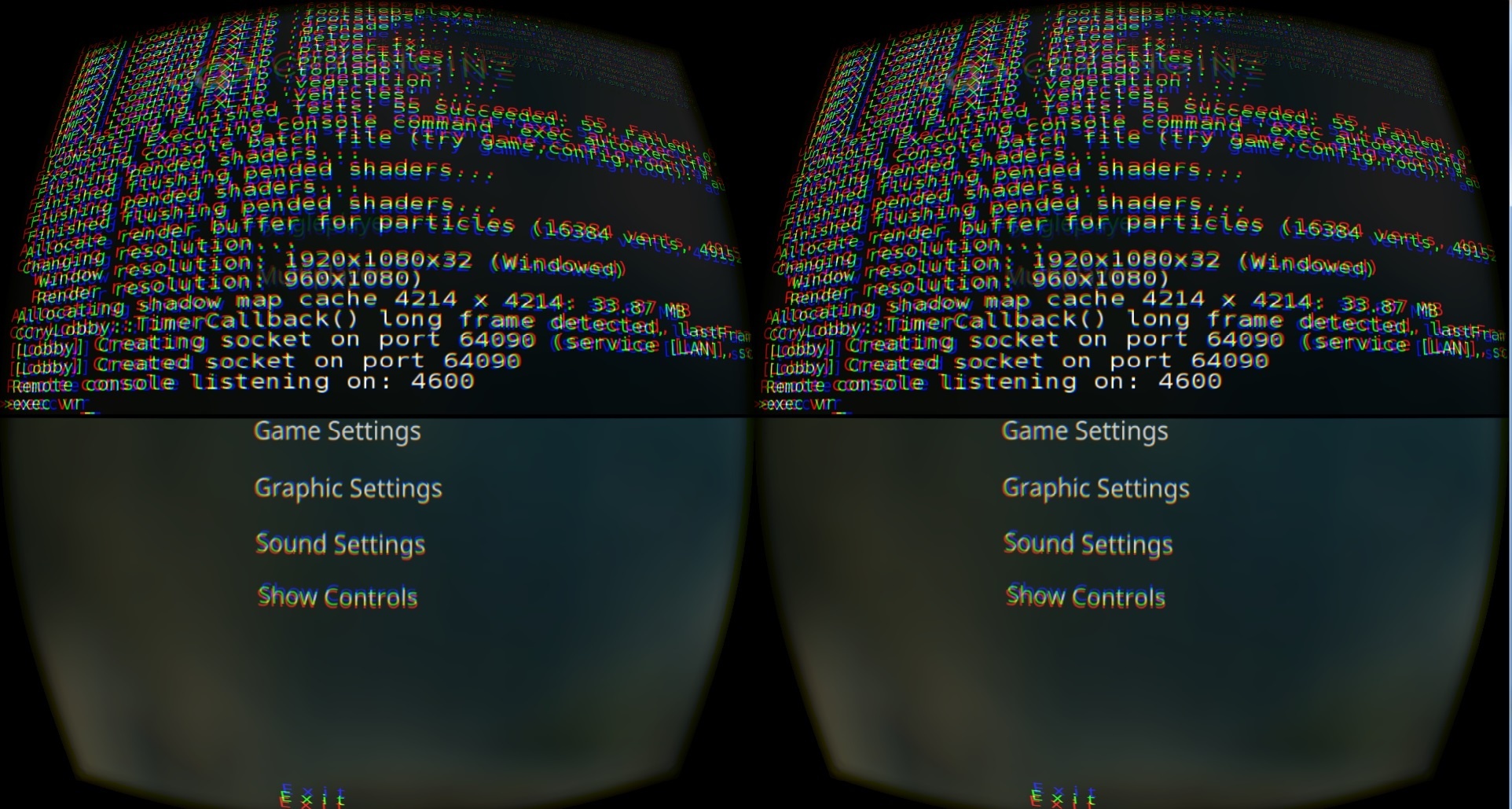 Reverting back to Game Mode

Launch the Engine as admin if you encounter error 308

FlowNodes below are Device/Platform specific. This is subject to change (Layer implementations are WIP on other devices), while others, like Device-specific Controller maps are such by design and are only meant for the specific device concerned.

When reverting back to game mode then all of the above steps/any changes made must be reverted.

Make sure to change the name back to user.cfg when you want to use VR again in the Launcher.