The River Tool functions similarly to the Road Tool, but is preferable for setting up rivers as it contains several more, and very important, parameters needed for creating realistic looking rivers.

Uses for the River Tool

For waterfalls, particle effects can be used, as well as a DCC tool to create a waterfall. To do this, a simple geometry that follows the terrain geometry is needed with a material that has the Illum shader assigned to it, set to be a decal, and with a texture map with alpha channel in the diffuse slot with oscillation animation on it. 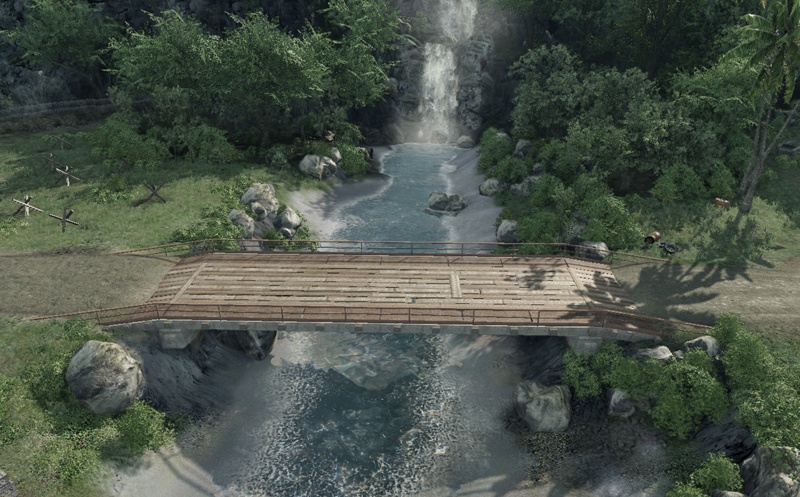 In the Properties panel, several settings for the river can be changed, including how the material tiles, fog coloring, caustics settings and more.

The properties for rivers are split into two types: River and Spline. River properties are specific to the river itself, whereas the Spline properties change the shape of the river.

The Edit button will allow modifying, adding (CTRL + click on a line) or deleting (double-click on a point) of points on the line of the river shape.

Sets the Width of the river per point along the spline.

Will modify the terrain geometry based on the shape of the river and its border width parameter.