Welcome to the release highlights for our latest major update, CRYENGINE 5.3 - and what a release it is! Our keystone feature is a new Visual Scripting language called Schematyc that allows anyone to create gameplay systems using predefined nodes. We also now have support for NVIDIA’s popular PhysX physics solution, a range of big improvements to our Sandbox Editor and an all-new Asset System and Browser.

We should also point out that in the spirit of our new, community-driven approach, CE 5.3 includes several features that are released earlier than usual as Beta versions. This way, you can all give your feedback straight away as we continue to improve and iterate on these features in future releases.

With that said, let’s take a look at some of the highlights of CRYENGINE 5.3:

Schematyc is a node-based visual scripting language aimed at changing the way gameplay systems can be built within CRYENGINE. It gives Designers the power to create new gameplay functionality using a set of building blocks, but without needing an actual Programmer every step of the way. As such it should especially benefit smaller indie teams, where we know that experienced C++ programmers can often be a rarity, as it allows everyone on the team to help with gameplay scripting. 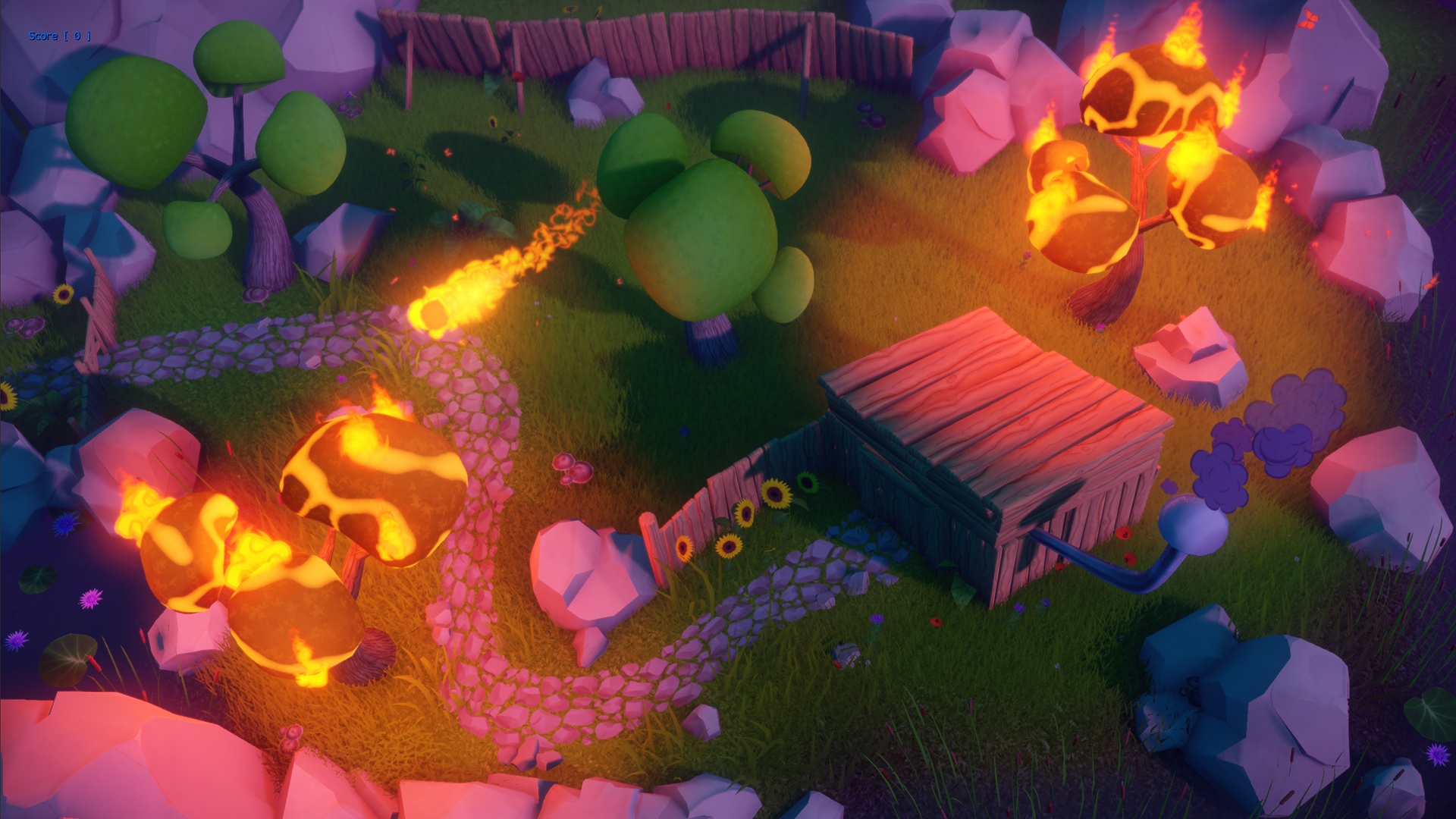 Note: This is a Beta release with limited functionality and nodes. We look forward to your feedback!

Our new Qt-based Sandbox Editor, that we released with CRYENGINE 5.0 is now the only supported Editor. The previously provided Legacy Editor (using the older MFC-based interface) will now be deprecated and thus no longer available going forward. You can learn more about this decision and our thinking behind it in this blog post. Other improvements to the Sandbox Editor include support for High-DPI displays for a more comfortable working experience and what we call the “F-Key Workflow” in which we have mapped many of the most commonly used commands in the Engine to your function keys.

For those of you who are just making the transition to the new Sandbox Editor, then we have prepared a page that will get you started and show you the biggest interface changes between the new and the old Sandbox Editor.

In this release we have done a refactor of the entity system in order to create a future-proof and unified way of extending the logic of game objects. This is done by unifying the previous game object extensions and proxies into "entity components." Components can be attached to any entity at any point during their lifetime and they can be created in C++, C# or Schematyc.

Extending these components to build complex entities can be seen in this playlist where we go from writing and exposing a CRYENGINE plugin and then building up components to be used within it.

We have undertaken a rewrite on the C# integration introduced with CRYENGINE 5.0. This changes underlying functionality and style in order to be more in line with the .NET coding guidelines so we can provide a consistent development experience for developers coming from a heavy C# background. This also introduces support for new features such as the ability to write new entity components in C#.

In the past, the WAF Build system served as the primary build tool to compile CRYENGINE. However, in order to simplify this aspect of the engine, we are making the switch over to CMake as our new go-to build system for CRYENGINE.

So what is CMake? CMake is a cross-platform open-source tool for compiler-independent build creation, and fits perfectly with our ongoing mission of making CRYENGINE more open and community-driven.

You can find the full documentation for CMake in CRYENGINE here. We have also prepared some documentation covering the migration from WAF to CMake.

NVIDIA’s PhysX technology is coming to CRYENGINE in the 5.3 release as a Beta, this will be the first time that users will have a built-in alternative to our proprietary CryPhysics suite when building their games. This will give all Cryengineers more flexibility than ever before when it comes to selecting the right physics solution for their games’ unique needs.

For those unfamiliar with it, NVIDIA PhysX is a scalable multi-platform game physics solution that supports a wide range of devices and has been/is used in many of today’s most popular games and platforms.

This new Beta release is the first step on our way to a future In-Editor, Asset Browser-driven workflow. This will make the reliance on Windows Explorer a thing of the past when working on your CRYENGINE projects.

For the initial release in CE 5.3, this tool will allow you to search for anything within your project and to import assets without having to use separate importer tools outside of the Sandbox.

Want to learn more about the new Asset Browser and the metadata-driven Asset System? You can do so with our documentation.

Our FBX Import Pipeline has been one of our most popular additions to CRYENGINE this year and we are happy to add even more features with this release.

Firstly, we are adding the ability to create physicalized character skeletons and ragdolls as part of the importer workflow, this will allow users to assign mesh nodes as proxies for bones.

The second big improvement is automatic physical proxy generation for static geometry as part of the MeshImporter workflow, this will allow users the ability to edit these proxies afterwards.

The FBX Import Pipeline is a prime example of how community feedback can shape the future development of CRYENGINE, so we look forward to hear/read your thoughts on these new additions!

As part of the Asset Browser release, we have mapped some of the most commonly used functions to the function keys to make for an even faster and more intuitive workflow. Below is a short listing of several of the mappings provided:

We are adding support to make the text in the Sandbox Editor both comfortable and efficient to work with for users of High-DPI monitors (such as 4K screens).

Higher resolution screens, especially 4K, will often have a significantly higher pixel density than a typical 1080p screen. This means that content which was designed to be readable on the 1080p screen needs to be adjusted in order to occupy a similar amount of physical space on a 4K monitor.

Users will have noticed issues in prior versions of the Editor that this support is required. So rest assured you can now use CRYENGINE at 4K until you melt your GPU.

CRYENGINE 5.3 now includes a User Analytics System (UAS). We have introduced this so that we can collect custom Sandbox Editor and Game Launcher events. By collecting user data such as;

We will be more aware of the CRYENGINE user experience and therefore better able to direct our technical development to the needs of our users. Don't worry about the data we collect - it will only be used internally and for the purpose of improving the user experience of CRYENGINE.

With this release, we introduce a beta version of our new Universal Query System (UQS). It's a spatial query system that can be used by AI and other systems to ask 'smart' questions about their environment.

One of the highlights of this system is to be able to have the basic building blocks for complex queries be provided fully by, for example, the game code. That makes it easy and straightforward to extend. In the future it's meant to supersede the CryAISystem's Tactical Point System (TPS).

Expect more updates on UQS in the future and expansion on it within other systems like Schematyc!