CRYENGINE 3.8.1 is here and it is packed with features that we know many of you have been extremely eager to get your hands on for quite some time. A culmination of all the work we've been doing since the CRYENGINE 3.7.0 release, this is one of our biggest releases yet.

You'll find the top level features highlighted below, including our brand new OpenGL renderer which we use on Linux and Android platforms. We've added support for Oculus VR which has been a joint effort between the CRYENGINE team and the VR team working on our newly announced Robinson: The Journey game, and you can expect much more to come in this area over the next few releases! We've got Voxel-based rendering updates including Volumetric Fog with support for point lights, shadows, probes and more. GameZero is our brand new, stripped down, lean & mean GameCode sample package which makes creating a game on CRYENGINE much cleaner and simpler without all of the additional Crysis-related game code which you may not need for your title. This and a ton of other great improvements are available for download right now! 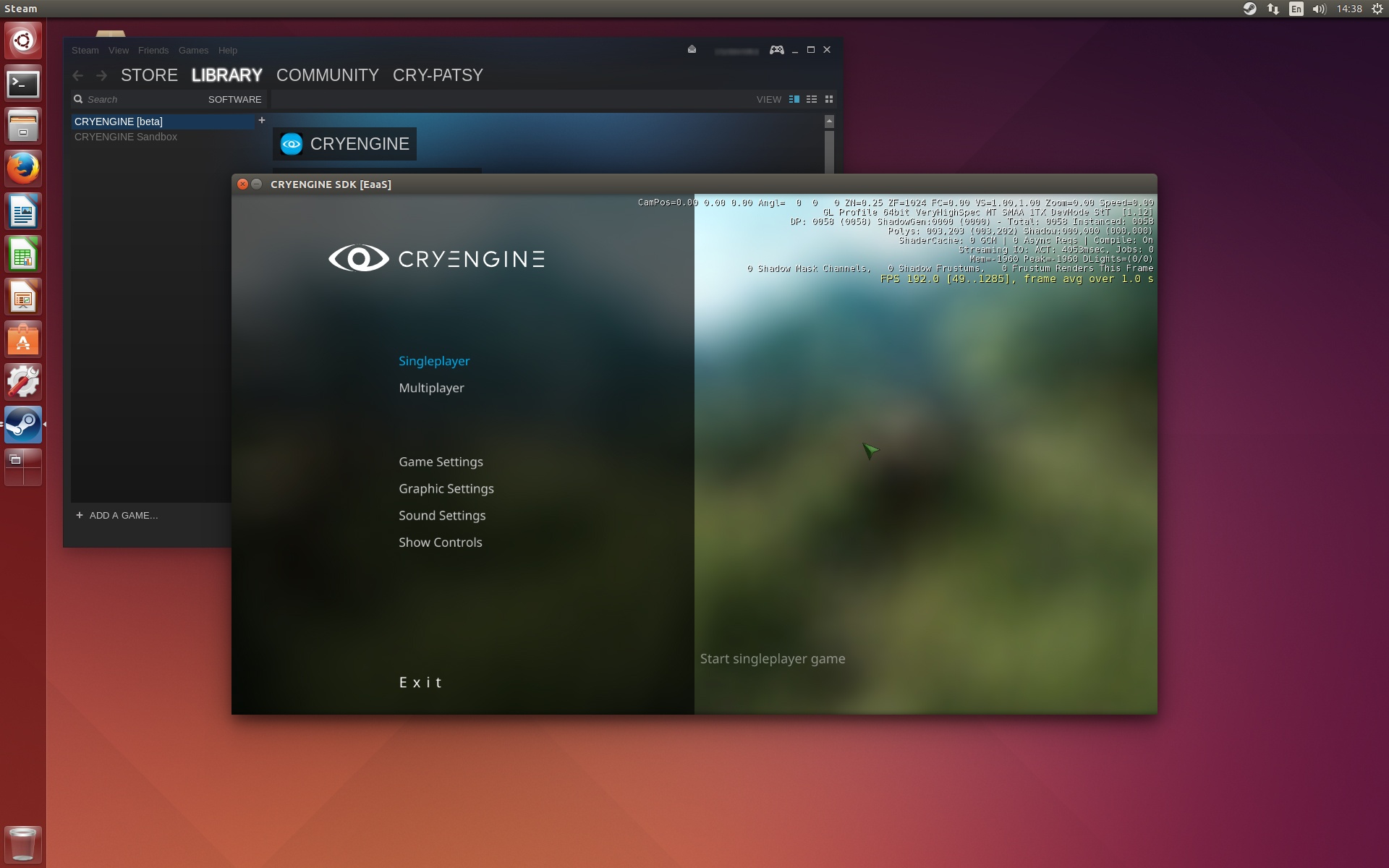 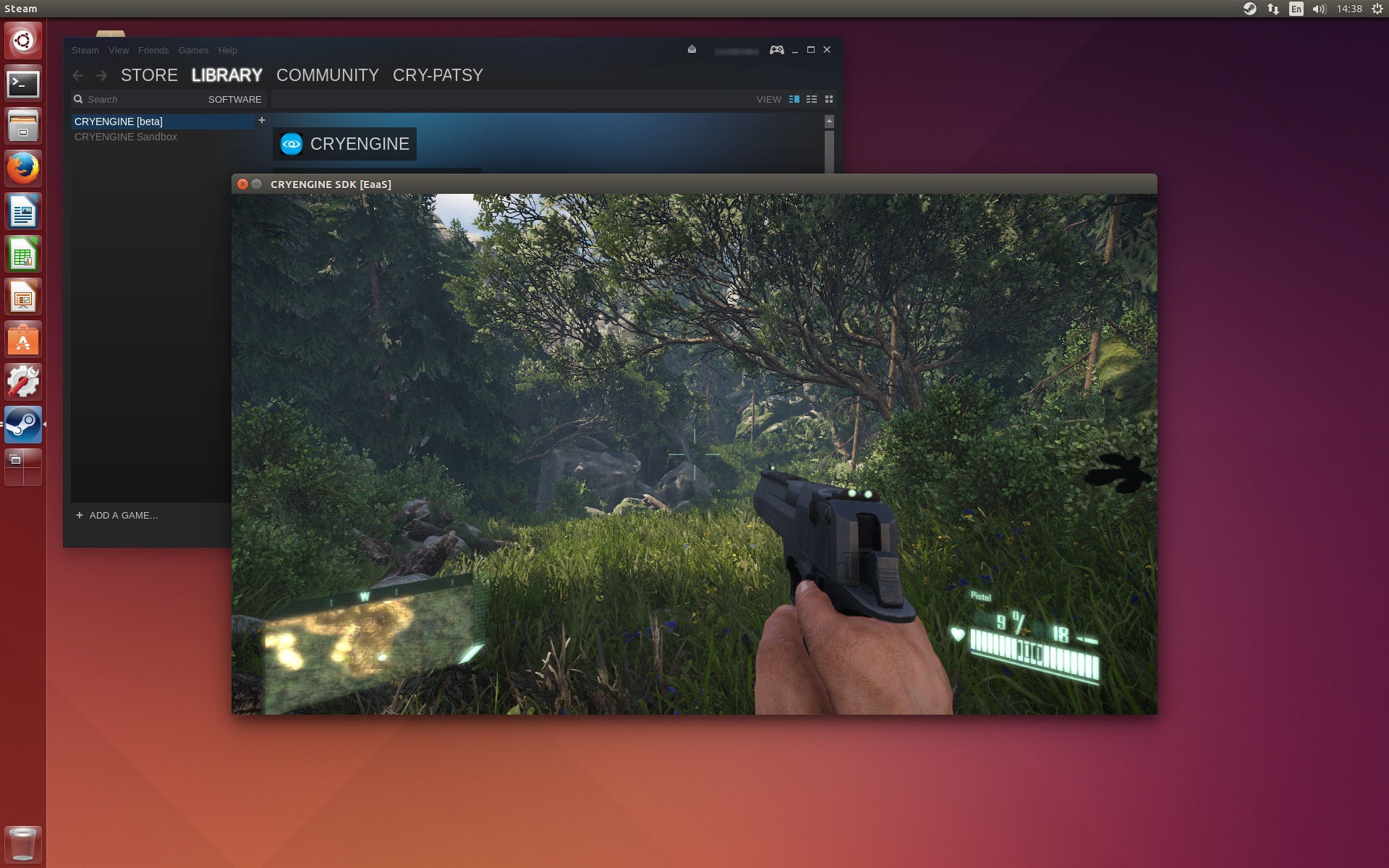 Support for Oculus Rift has been integrated and we're rapidly adding more features and functions to help you get the most out of your Virtual worlds. We've included a small demonstration level, aptly titled the "VR_Demo" level. This showcases some information on how you can approach setting up your levels for VR, some of the implications and the immersive benefits of using VR. 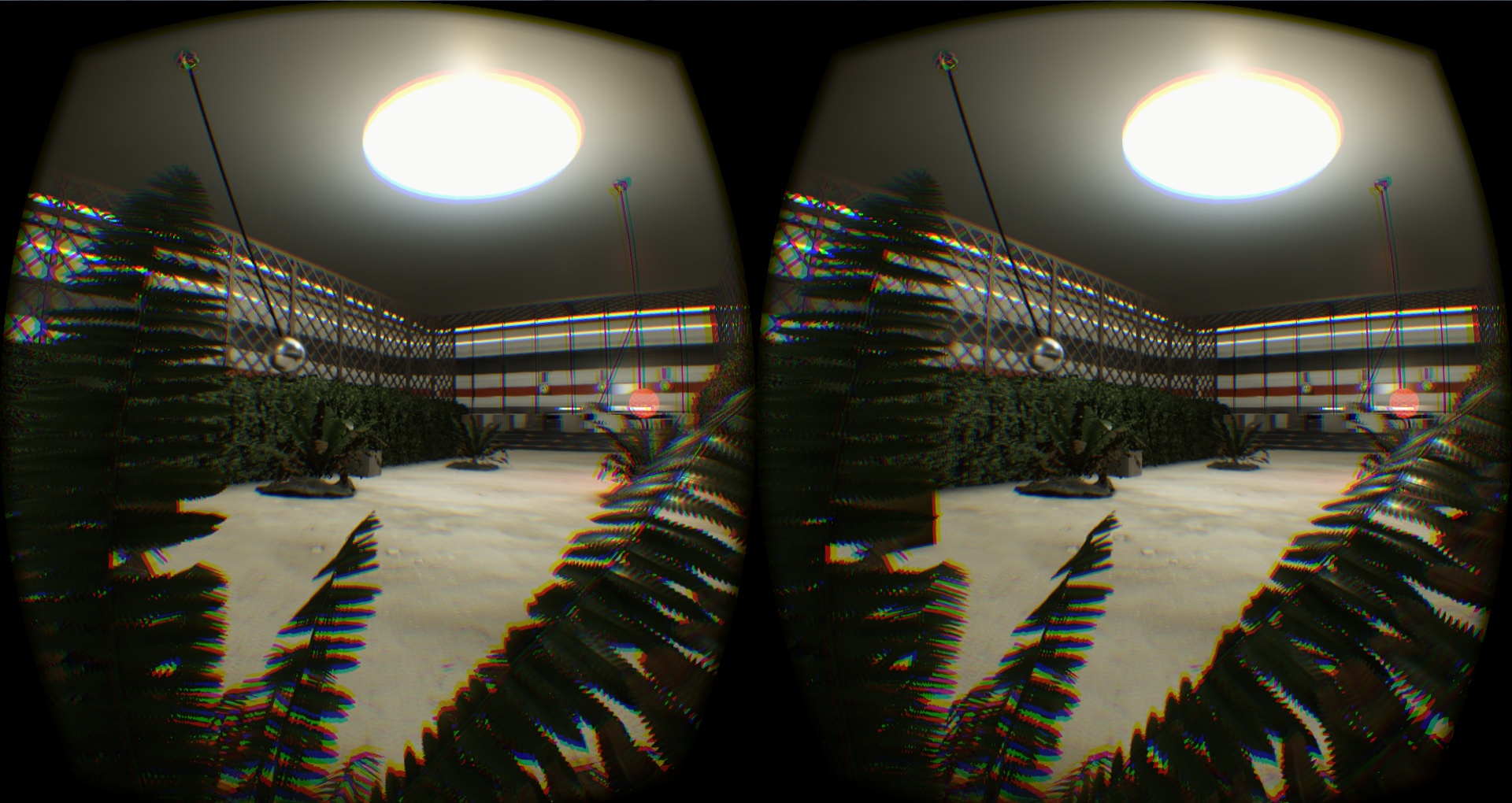 With CRYENGINE 3.8 we introduce an all new voxel-based volumetric fog system. The system supports illumination from deferred lights, respects clip volume boundaries and works consistently with transparent objects including particles. It is also possible to inject particles directly into the fog volume to simulate some turbulence. 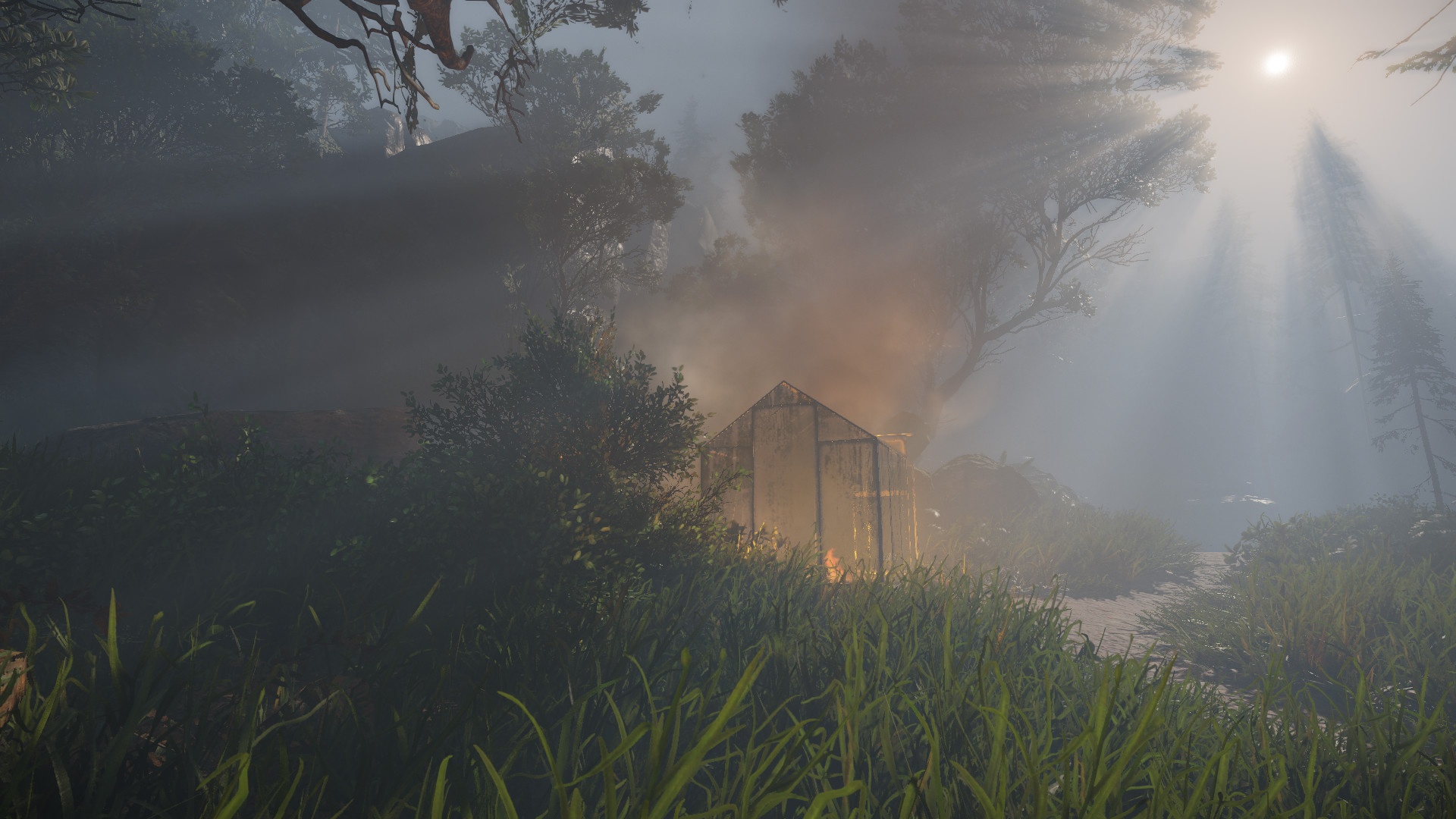 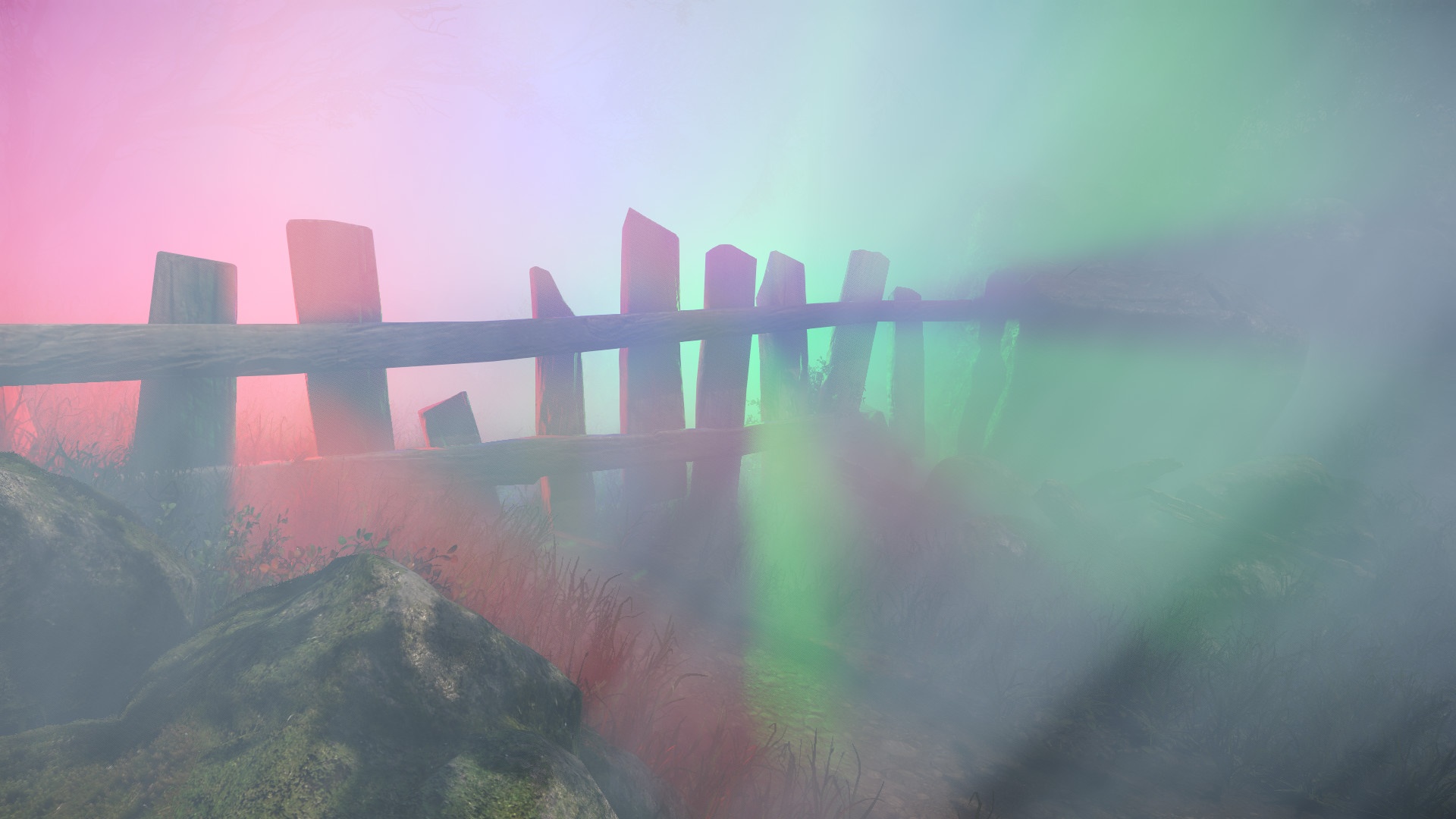 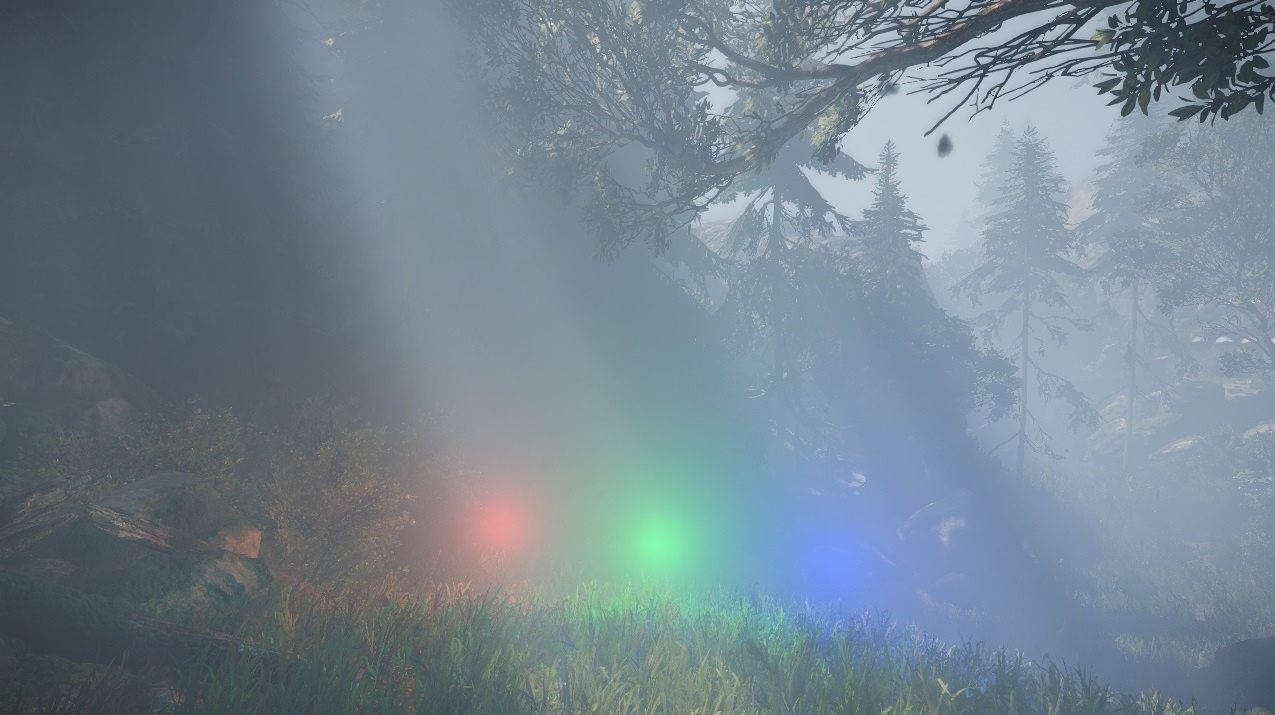 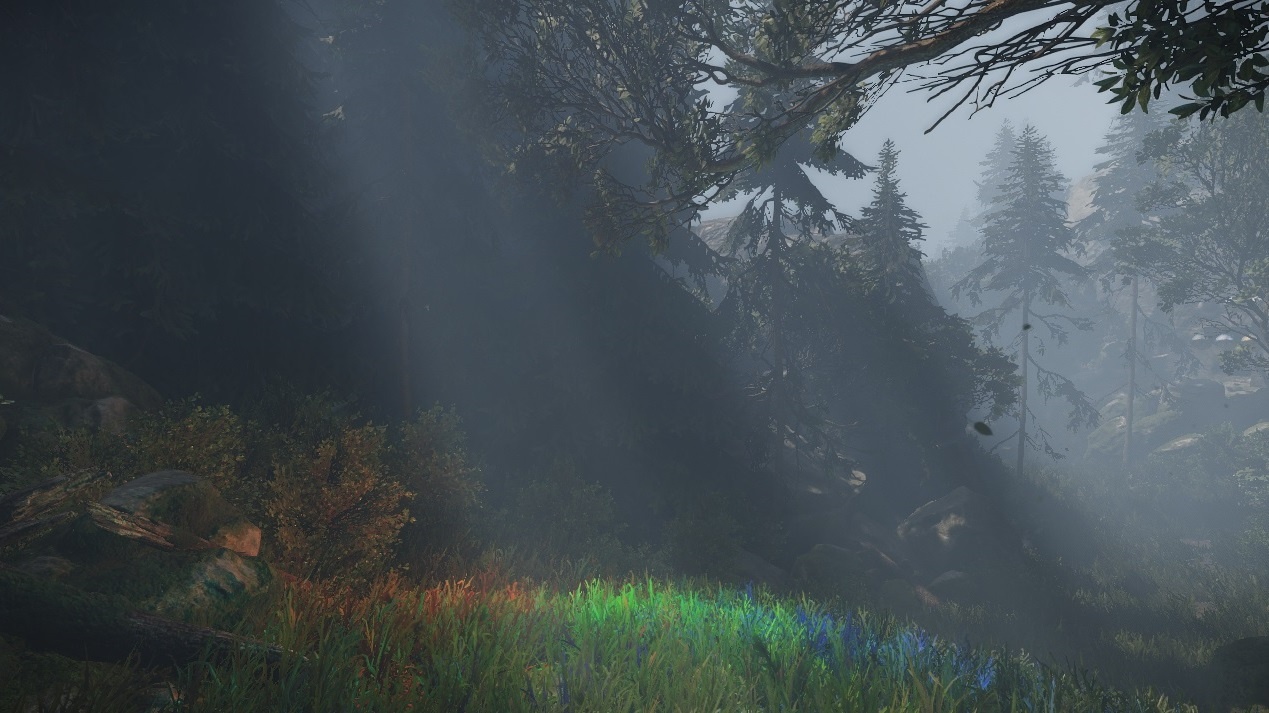 Comparison of Light Entities, contributing into the Volumetric fog On / Off

Cached shadows (formerly: static shadow map) have been extended to multiple cascades, covering several kilometers view distance out of the box. Cache updates are now handled under the hood but can still be manually tweaked via flow graph. 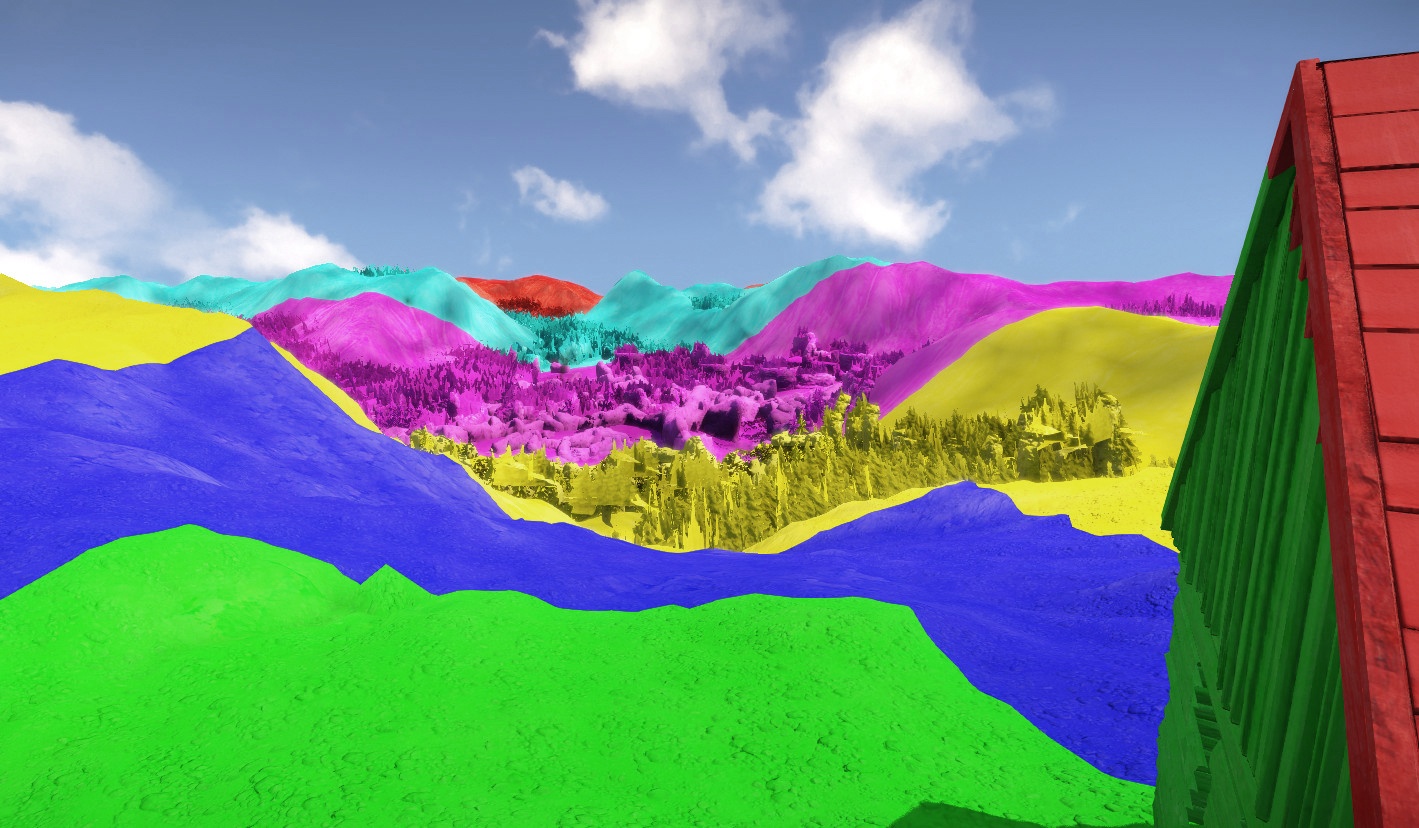 CRYENGINE stores depth values in a reversed range now. In combination with a floating point depth buffer, this helps to greatly increase depth precision and allows users to put the near clipping plane a lot closer than before without running into z-fighting problems. 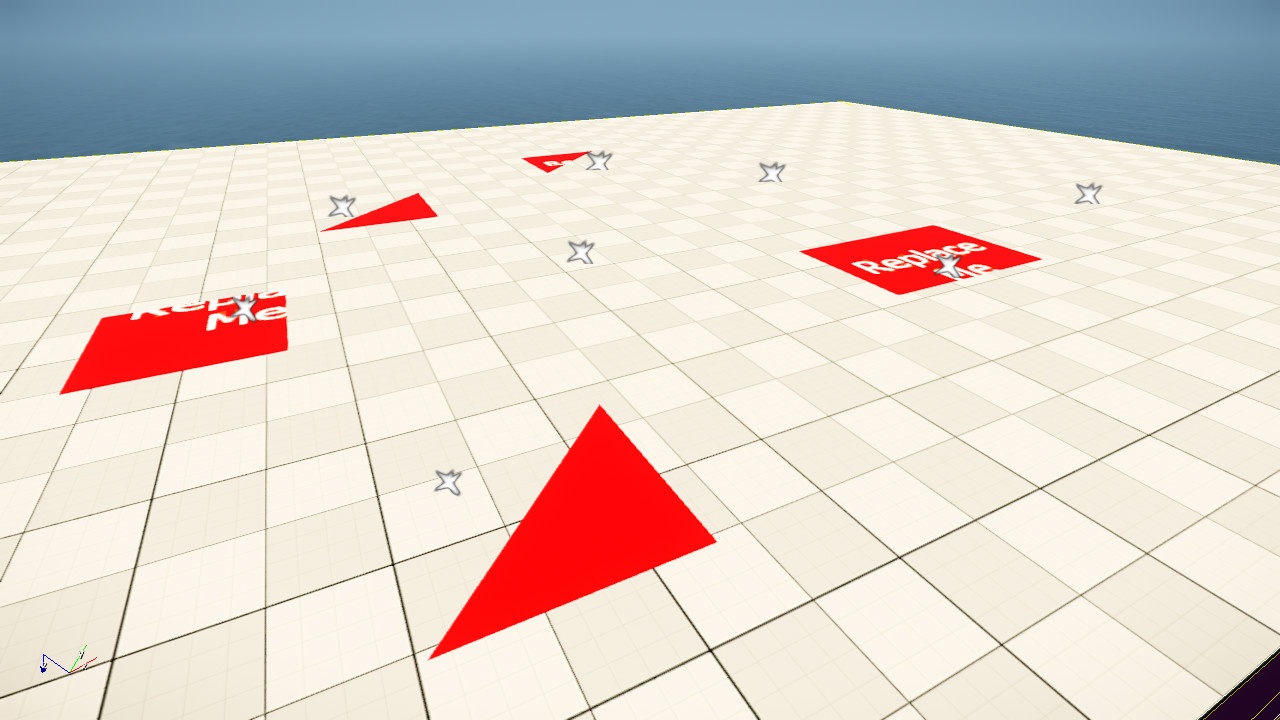 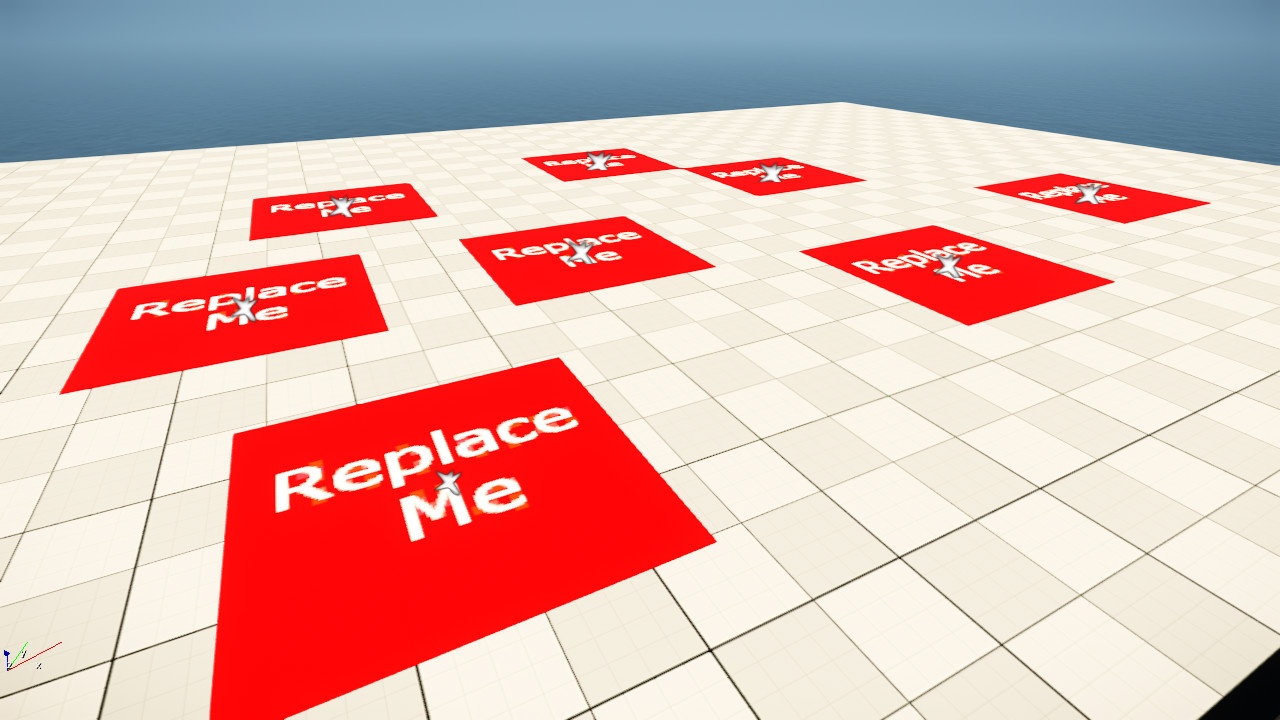 Left shows an exaggerated setup with near plane distance set to 0.1cm to showcase Z-fighting. Right is the exact same setup with Reverse Depth enabled.

POM self-shadowing is back now and working efficiently with deferred shading, allowing the sun to cast shadows from the heightmap used for POM.

Skinning of complex animated meshes that use more than 4 vertex weights (up to 8 weights) can be performed directly on the GPU now which can significantly reduce the CPU load.

The latest Release adds the prototype of a voxel-based global illumination system that can be used to render large-scale ambient occlusion with an optional indirect light bounce. Please note, the feature is highly experimental and not ready for production, it is just provided for testing and early feedback at that point.

The GameSDK project is a full blown game example. It demonstrates how most of the CRYENGINE features can be utilized. Based on Crysis 3, its size and complexity can be overwhelming for first time users. Furthermore prototyping games other than first person shooters can be tedious as the game project would have to be simplified to its core functionality first.

GameZero offers a minimalist approach to CRYENGINE. It allows first time users to get a quick overview of using the engine’s core functionality. It can be used as starting point for creating several types of games. 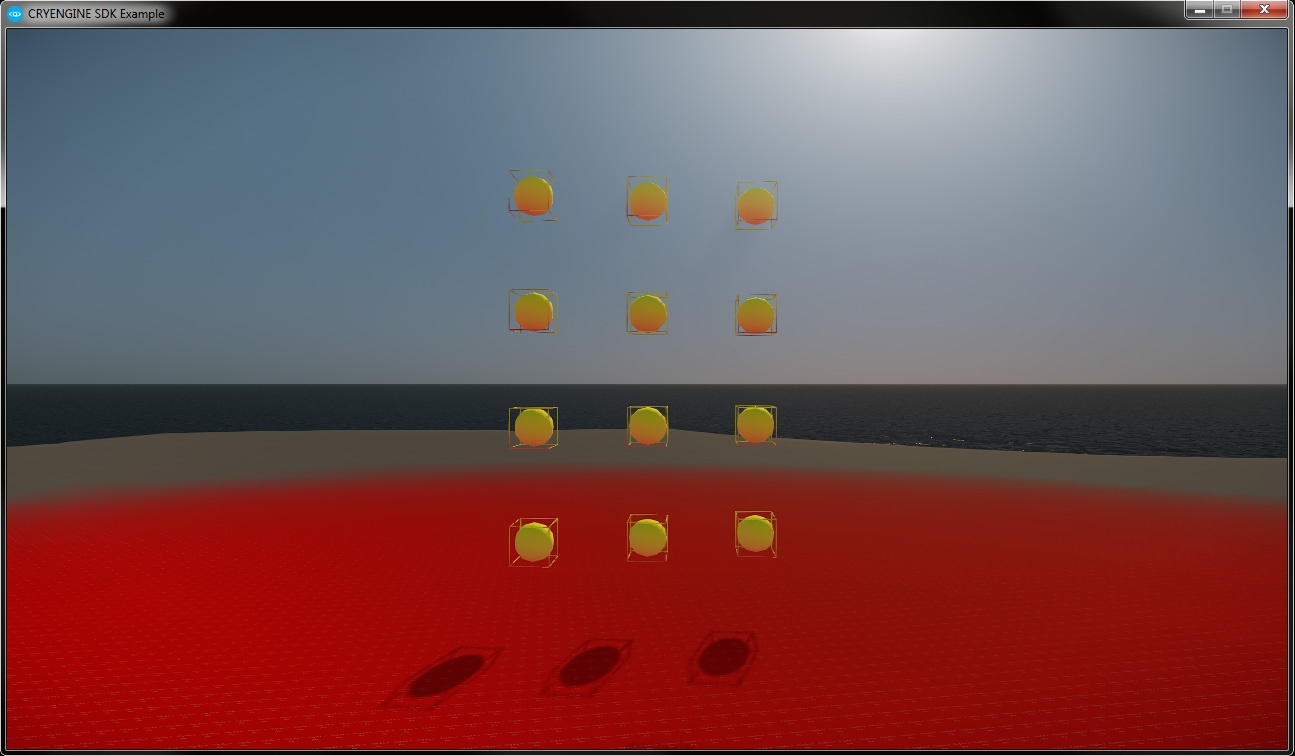 The Road Tool now comes with the ability to erase vegetation along the road which can rapidly speed up and simplify your level creation.

Some new parameters have been exposed, such as EraseVegWidth which lets you define how far from the road edges to cut vegetation.

There is also EraseVegWidthVar which gives a variation multiplier for the EraseVegWidth value. This allows you to create a more natural look with some sections being more overgrown than others.

Maya scripts for creating SceneRoot were added (the scripts are accessible through Maya's Crytek toolbar). See Character Authoring in Maya,