This tutorial describes how to setup AI Territories and Waves to setup AI encounters in your levels with ease.

What are AI Territories and Waves

AI Territories and Waves (T/W) help Level Designers to control the number of active AIs (AI entities) at any time in the game using simple flowgraph logic. T/W should not be used for vehicle AI.

A Territory is a shape that defines an area. All AIs assigned to a Territory can be activated, deactivated, and spawned with a single flownode. Optionally, Waves are contained in Territories and allow independent AI activations inside a Territory.

T/W allow Level Designers a much easier and faster setup for AI in their levels and significantly speed up debugging AI flowgraph issues. Controlling AI with this system also helps designers to not exceed the maximum number of allowed active AIs. This is especially important on consoles.

A simple example of T/W usage would be:

What is an Entity Pool?

It's a collection of empty slots with which an entity of a given type can be prepared from. It's a way to control the number of entities that exist in memory.

An entity pool is created by filling the slots with a specific number of "empty" entities of a given type - AI, vehicle, item, rigid body, etc. The intention is to reuse these slots over and over for all the entities of that type which exist in the world, bringing them into existence when they're needed and removing them when they're not so others may be used in place. Where as before, a level may have created over 100 AI entities and only use 8 to 16 of them at a time. While only these that are being used are being drawn and updated, the other AI entities still exist in memory and are looked at by the game at various moments (such as saving and loading). When using a pool, we remove those excesses from memory by ensuring only 16 (or however large the pool is) ever exist in memory.

There is a hard limit to the number of entities which can exist in the pool. As an example, for Crysis 2, this number is 12 for the AI. That means if you try to prepare more than 12 AI from the pool, it will fail. The game will still continue to run, but no 13th AI will be created. You must be aware of your numbers and control them accordingly.

When an AI has been killed, the AI entity does not need to be freed right away. A dead AI is placed in a go-between state: it is still taking up a slot in the pool, but if a slot is desperately needed, the slot containing the dead AI will be automatically freed and used by the system. If there are more than 1 AI dead, the furthest one away from the player will be used instead. Dead AI does not need to be freed!

However, it is still a good idea to free any AI (by either disabling the AI Wave they are in or manually freeing them) when they are no longer needed, such as when the player has moved on to the next action bubble or entered a point in the level where he cannot backtrack any further. Doing so helps the system out and that's a good thing. 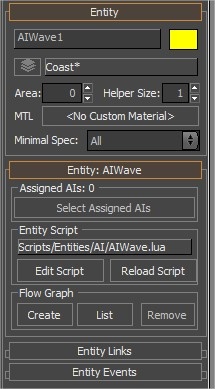 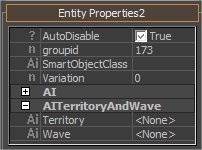 Entity pool - Marking an entity to go through a pool 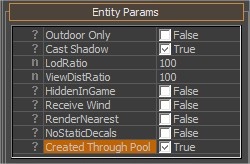 To mark an entity as going through a pool, you need to tick its 'Created Through Pool' property as true. This can be done either through the Archetype or on each individual entity via its Params on the Rollup Bar. The later overrides the former's setting.

How to set up AI Territories 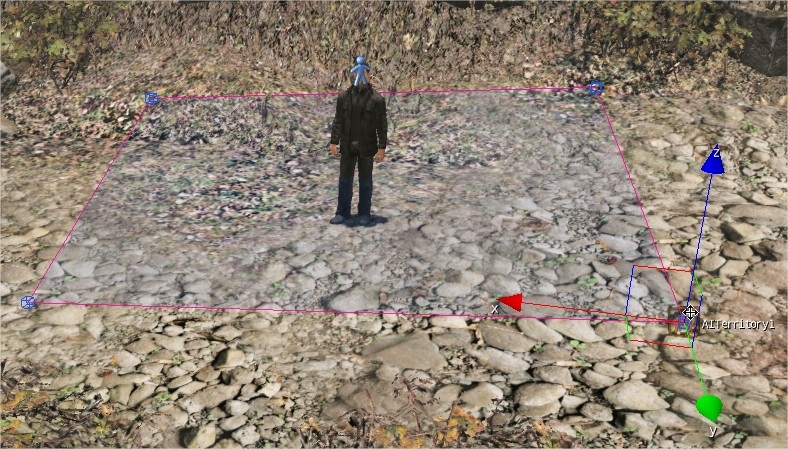 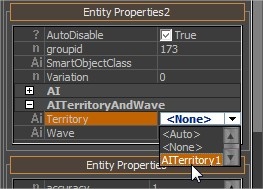 How to set up AI Waves 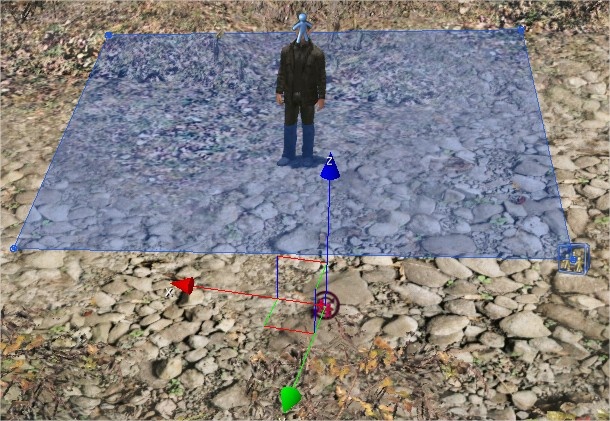 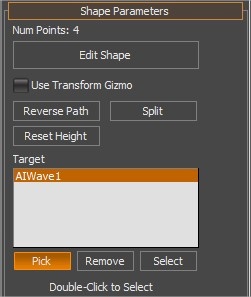 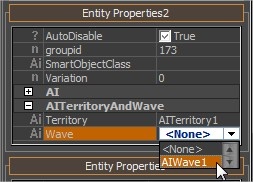 How do I know if my level is prepared for Entity Pools?

Simple! First, open your level in the game launcher. Once loaded, type the following into your console:

You will see a bunch of text appear in the top-left corner. One of the lines will mention "Bookmarked Entities" and have a count beside it.

If you know there are AI or other entities in your level which should have their "Created Through Pool" option ticked to true and this count is higher than 0, then the level is prepared and ready to go!

If the count is at 0, then the level is not prepared for entity pooling. In such a case, try the following:

How do I know if the pool is full in my level?

This may also interest you if you want to see how the entity pool is being utilized in your level. First, open your level in the game launcher. Once loaded, type the following into your console:

... where 'AI' should be replaced with the name of the entity pool you want to test. The names of all pools will be visible if you keep "es_DebugPoolFilter" cleared.

What you should see is a bunch of text in the top-left corner of your screen. The pool's information and contents will be displayed.

The following are the useful bits to take from this output: