CryENGINE 3 supports bone-chain cloth simulation. It is based on a bone set-up created in various software packages then exported to the engine. If you have read documentation on rope setup; your understanding of this should be much better as the two setups are very similar.

The spaces between the verts are converted into a triangular mesh that is generated automatically by the engine. This mesh serves as hit detection for bullets and generates force to pull the verts of the cloth around. The actual collision is only happening on the points generated from the bones exported. Enabling physics debugging in the character editor will display these points.

For better results it is best to have an equal amount of bones in each strand.

Here are the guidelines to setting up character cloth: 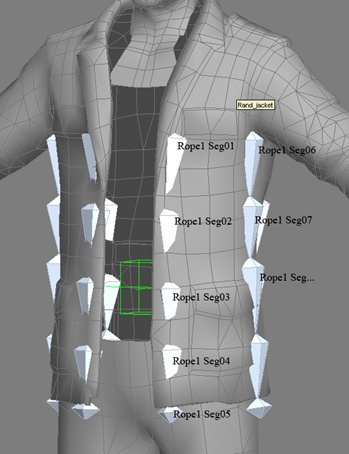 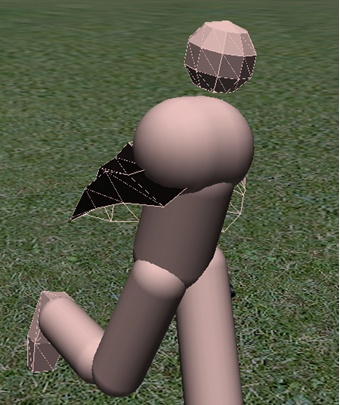 Here is the list of controls of the cloth properties:

additionally, you can use p_max_bone_vel cvar to limit the velocities the physics solver thinks the bones move with (and which it thus tries to match). if you are experiencing rough behavior on fast animations with the default value, try reducing it to 3 or 4.

Since SDK 3.6.8 it's also possible to use vertex cloth (with the same setup requirements as for a standalone cloth entity - which are exact physicalization of the render mesh and having attached vertices black vertex color) in a bone cgf attachment.