The Color Correction node in Track View gives easy access to properties like changing the CMYK, Brightness, Contrast, Saturation and even Hue.

Example: In this shot, Color Correction Node is used to increase the contrast to get the burning effect when fading out to white.

The Track View node has the same functions as its Flowgraph equivalent (see below). 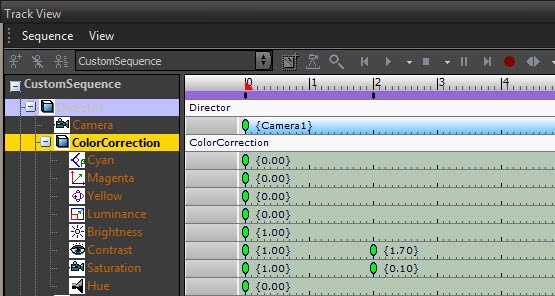 To add a Color Correction node:

If you want to simulate eye adaption to a bright light source, try using the HDR Setup Node instead of animating the Brightness track. 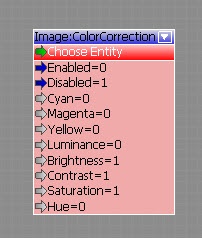 Colour Correction can also be triggered in Flowgraph by using the Image:ColorCorrection node.

Most of the time it is better to use the Track View node because of the following advantages:

The only disadvantage is that it can't be used dynamically as its Flowgraph counterpart.