This functionality exports a list of used animations to a text file you can subsequently open as a spreadsheet. This includes used blendspaces (bspace, comb) and the animations referred by those.

You can find it in the Tools menu in the Mannequin Editor.

After you exported the file, you can simply open it (a CSV file) in Excel by double clicking on it.

Each line in the exported file is a specific reference to an animation from mannequin. As there are many ways through which mannequin can refer to a certain file, there will be typically many lines referring to the same animation file.

Here is a description of the columns:

To explain why there can be many references to the same file through different paths, this is a simplified diagram showing how mannequin refers to files: 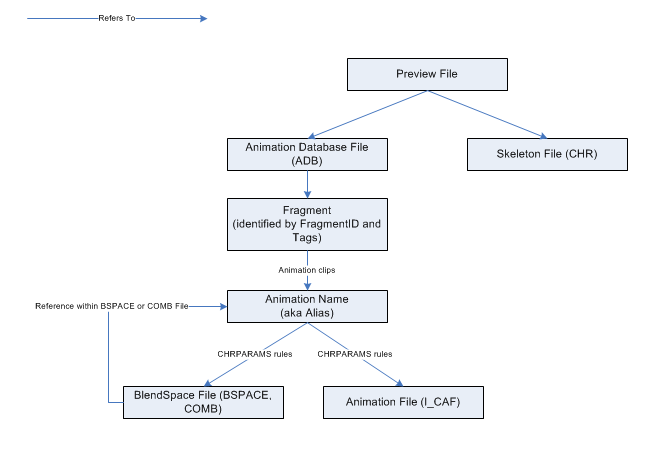