This page will describe the tools we use to investigate what is going on inside the physics system.

Renders the physics proxies on top of the render geometry. 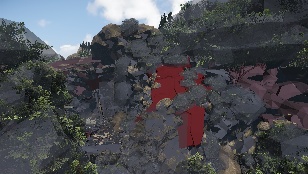 Most objects should be grey, but as the geometry gets more complex it's shaded red.

This sets the start at which we think is an appropriate number for polygons for a physics proxy.

As the polycount gets towards the upper limit (200+800), this where the red shading of the proxies comes from. Between 200 - 1000 your proxy will have different shades of red. Once above 1000, they will be a solid red colour.

p_draw_helpers only draws up to a certain distance from the camera. The default is 100m, you can change it with the CVar...

Setting this value to 200 will draw the debug view up to double the default range, or a value of 50 will half the default view distance.

You can also modify the distance at which it draws the wireframe overlay on the proxies. Default = 40m from the camera. If you would like to extend this, you can modify the default value with the CVar...

Setting this value to 80 will draw the debug view up to double the default range, or a value of 20 will halve the default view distance.

This view displays all the ray- and primitive-casts that are currently happening. When investigating RWI/PWI calls you can control how the info is displayed with these CVars.

This controls how long to display the marker for the RayWorldIntersections. Default is 0.2 seconds, but if you want them to hang around for a bit longer onscreen, up the value to 1 - 2 seconds.

This allows you to visually investigate the expense of individual RWI calls. Default value is 0 = ( off ). When set to default all the lines are blue.

When enabled you get a colour code representation of the expense of each call. So red being the most expensive. 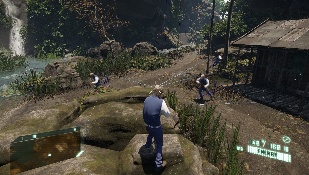 Pic1, Displays the rigid bodies in their sleep state. (Highlighted in Red) 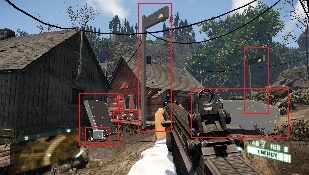 Pic2, Displays the rigid bodies that are still in their sleep state. (Highlighted still in Red). The Green Highlight displays the objects (I just shot) to show them in their active state. This helps differentiate the 2 types of Physics states. 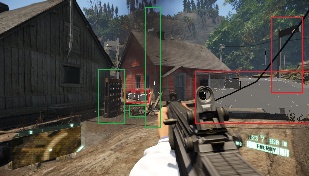 This displays the reverse of the previous example. Where it is only displaying the geometry of the active entities. 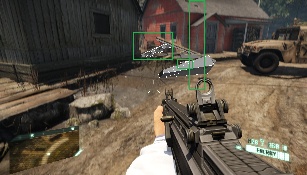 This displays via short rays, where the physics objects are coming into contact with other objects. 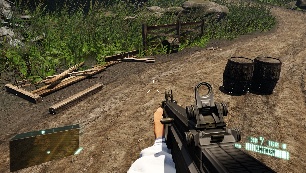 Upon the breakable object breaking, the joints will be highlighted. 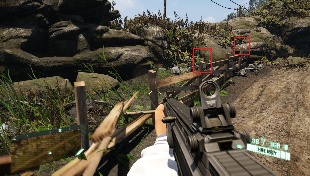 Note how the AI & HMMWV do not display a bounding box, this is due to not being a static object. 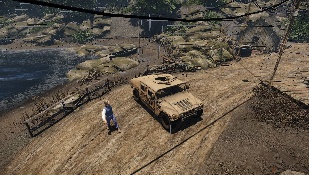 Displays the physics information for the terrain. 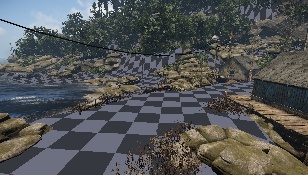 Displays information about explosions. Each of the grey markers indicate where the explosion hit the surface. 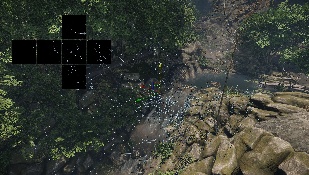 Sometimes you may want to visualize multiple entity types, and / or information about them at once. You can combine them together easily by just adding their flag to the p_draw_helpers. Check the following examples.

This example show you the physics system related to areas, with bounding boxes + geometry) 1 Type with multiple Helpers.

In the picture ( from left to right) we have a gravity volume, wind area & a water volume. 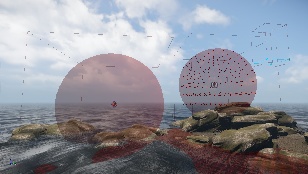 This example is in the other direction, multiple Types with 1 Helper (geometry) 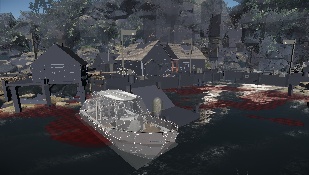 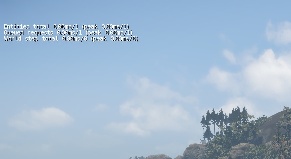 Lists the physics entities active in the level. with their assigned name & EntityID.

Organised top / bottom in time spent (ms). So its easier to find the most expensive at the top. 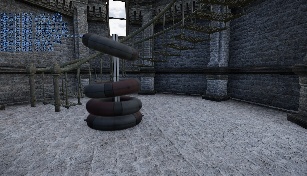 You can combine these 2 CVars together to which will further break down the entities into their groups. To see what you are spending in ms of each class of entity. With the top 16 being listed in the top left of the screen, you can teleport to each one with the additional cvar...

Additionally, the top 5 entities in the list are bound to the shortcut keys alt+1 -> alt +5. 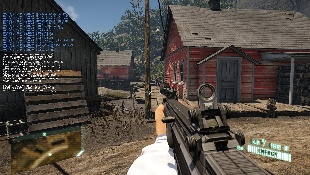 Shows a list of all ray/primitive casts and which dll is requesting them. 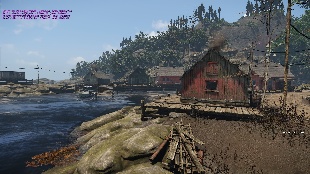 This debug draw shows the mass of objects in kg and the joint linked to the object in 3ds Max.

Upon a jointed breakable breaking, it will give you information on the forces that broke that particular joint. (pull, bend, shift). 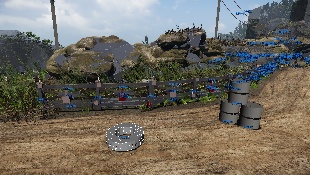