Physics entities are modifiers used to simulate physical events such as explosions, gravity fields or wind, or to physicalize objects such as cloth, breakable entities or ropes. Physical entities which are related to a body instead of an event need to be connected to an object in order to be selectable. If no objects is attached, entities can be selected in the editor by holding the space bar. On the other hand, events are represented by a selectable icon.

Physics entities can be found in Rollup Bar -> Entity -> Physics

An AnimObject extends the functionality of a BasicEntity by the ability of playing pre-baked animations and physicalizing parts of the object afterwards.

A BasicEntity provides the simplest way of controlling objects physically. Once a model has been set, several properties can be set, defining it's physical behavior. It is possible to specify either density or mass of the object. If one is specified, the other one must be set to a negative value (-1, or -0.01). Mass and density affect the way objects interact with other objects and float in the water (they sink if their density is more than that of the water). A zero-mass rigid body (with both mass and density 0) is a special case which means an "animated" rigid body (moved from outside the physics system).

The difference from a static entity is that the physics will be aware that this object is actually dynamic, although it cannot simulate it directly. Note that both values describe the same physical property. When you specify mass, density will be computed automatically and vice versa. The relationship mass = density x volume is used. These computations imply that the object is solid. If a box is used to model an empty crate, one can assume that its density is a weighted average between wood density and inside air density. 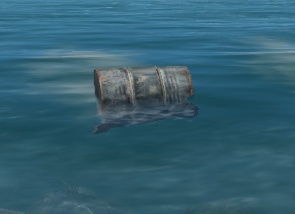 Example of a BasicEntity with a barrel model, set to half of the density of water.

The Cloth entity represents a class of physicalized objects consisting of point masses with internal constraints. The most typical example is, of course, a sheet of cloth, but the topology of the object can theoretically be arbitrary. The ClothEntity's model file must be a cgf with its render geometry fully physicalized, and in such a way that there's no vertex duplication for rendering. Vertex duplication occurs when one vertex has different render parameters in different triangles it is used by, such as different texture coordinates or normals, and thus these cases should be avoided. Vertices that are supposed to be firmly attached to the environment should be marked by black vertex color, free vertices should remain white.

It is important to use the "Use 32bit precision" checkbox in the exporter window to prevent any issues with the simulation of the cloth asset. 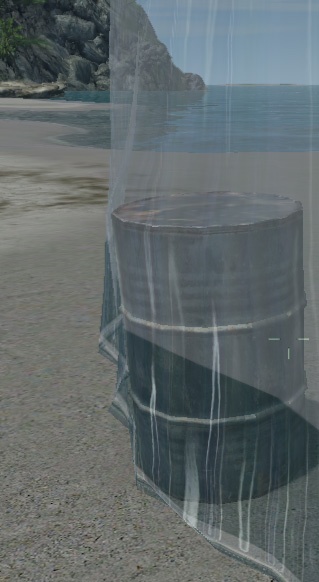 Sample of cloth bending around a barrel.

A constraint entity can create a physical constraint between two objects. The objects will be selected automatically during the first update, by sampling the environment in a sphere around the constraint object's world position with a specified radius. The "first" object (the one that will own the constraint information internally) is the lightest among the found objects, and the second is the second lightest (static objects are assumed to have infinite mass, so a static object is always heavier than a rigid body).

Constraints operate in a special "constraint frame". It can be set to be either the frame of the first constraint object (if UseEntityFrame is checked), or the frame of the constraint entity itself. In that frame, the constraint can operate either as a hinge around the x axis, or as a ball-in-a-socket around y and z axes (i.e., with the x axis as the socket's normal). If x limits are set to a valid range (max>min) and the yz limits are identical (such as both ends are 0), it is the former and if the yz limits are set and not x limits, it's the latter. If all limits are identical (remain 0, for instance), the constraint operates in a 3 degrees of freedom mode (i.e. doesn't constrain any rotational axes). If all limits are set, no axes are locked initially, but there are rotational limits for them.

In the following picture, Sandbags are hung with a constraint entity and dangle as a result.

A DeadBody entity can ragdollize characters assigned to it. As soon as a character is intended not to act any more, but to only react passively on external impacts, as if it were dead, this physical entity provides the necessary model.

A typical usage is to create the entity as non-resting, simulate it in the editor, and then save the settled physics state. Note that the entity will not react to collisions with the player, bullets or explosions.

This functionality has been disabled on code-side due to restrictions of the German law (of course, it can be disabled if necessary).

A picture of a DeadBody Entity hit by a Barrel.

An explosion entity encapsulates a particle effect into a logically controllable frame. It may be controlled via FlowGraph and has properties describing the physical impacts of an explosion.

A GravitySphere is a spherical area, which replaces the gravitational parameters of the environment. Objects reaching this area moved along the entities' Gravity vector and their own physical impact can be damped by a certain factor. 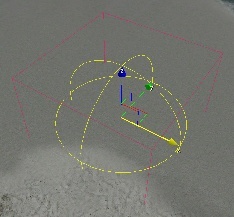 A GravityValve entity performs an additional gravity into an upwards showing direction, relative to the entity. 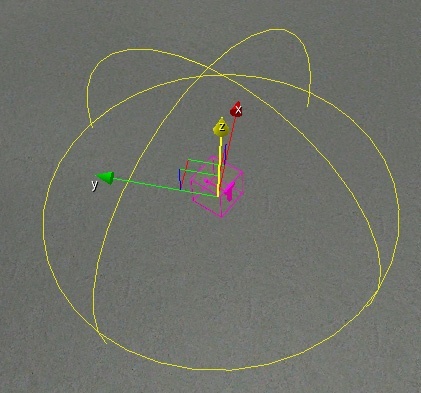 A PressurizedObject represents an entity that can suddenly deal a high amount of damage and apply force to nearby objects if it is damaged by definable impacts like bullets.

The RigidBodyEx entity is an extension to the BasicEntity that reacts more realistically with other entities and water. The attached object can break other objects and has more options as to when and how to react.

The object may behave differently when underwater than above water, simulating leaking geometry.
A detailed description how to set up physicalized objects via RigidBodyEx can be found H E R E.

A wind entity is used to simulate wind in a local position. This should not be used to create the global wind in your level.

A WindArea simulates air moving with an arbitrary speed in a specific direction. It affects the flow direction of all objects and aero-form substances within the defined area, as well as vegetation bending depending on density and resistance values.

If no direction is set, the wind-source moves omni-directionally from the center of the WindArea.

In the following picture palm trees bend as a result of an omni-directional WindArea: 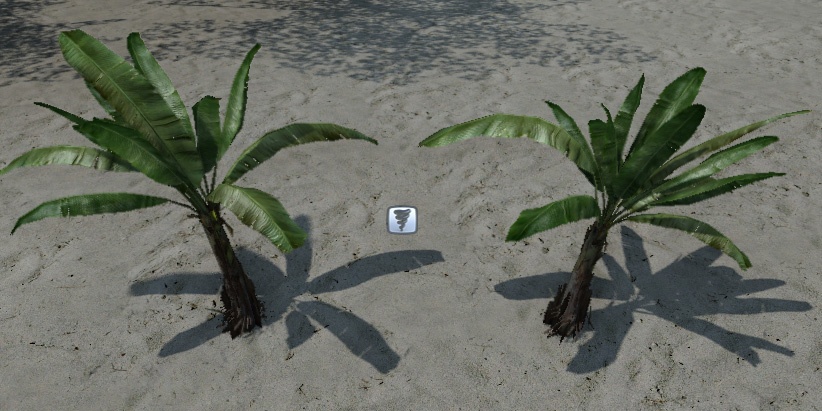