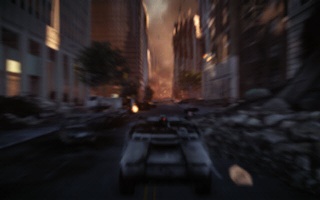 It simulates the blur of a zooming or rotating camera to produce a soft blur.

The Track View node has the same functions as its Flowgraph equivalent (see below).

To add a Radial Blur node: 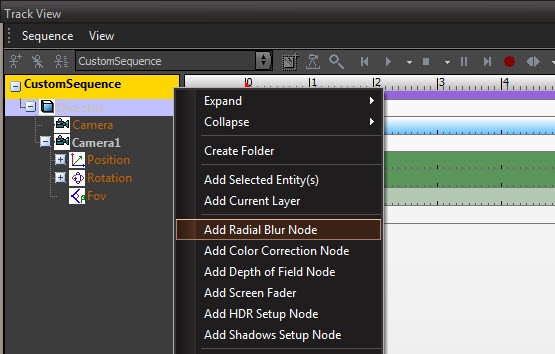 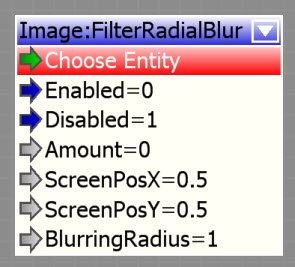 Radial Blur can also be triggered in Flowgraph by using the Image:FilterRadialBlur node.

Most of the time it is better to use the Track View node because of the following advantages:

The only disadvantage is that it can't be used dynamically as its Flowgraph counterpart. For example, if you want the blur intensity to be based on a variable like the player's health, you'll have to use the Flowgraph node instead.