The Subdivision Tool will be available starting from CRYENGINE 3.7.

Creates a smooth appearance of a mesh without complicated manipulations. A control mesh made with Designer's tools doesn't need many vertices or faces to model complex smooth surfaces.

What is more the user can give each edge a tag called a Semi-Sharp Crease, which can define how sharp each edge is. 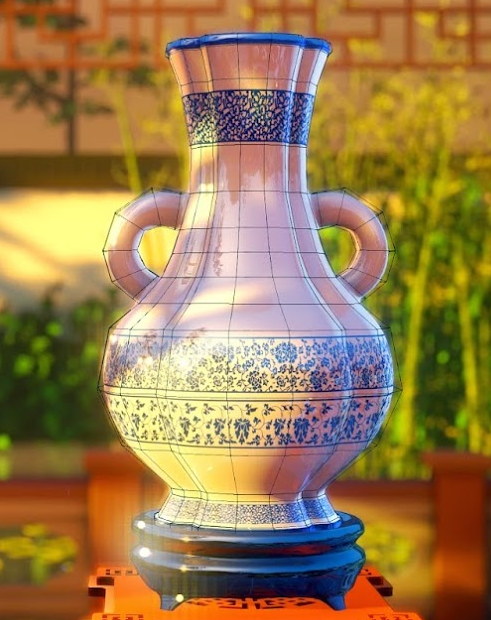 The subdivision of CryDesigner decomposes each surface to convex hulls and solves T-Junctions before starting to apply subdivision algorithm to the selected designer object.

You can give the subdivision level from 0 to 4 and 0 means that no subdivision will not be applied. 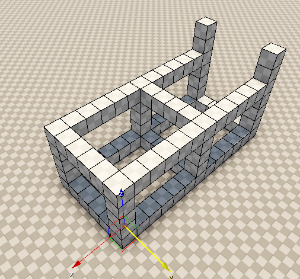 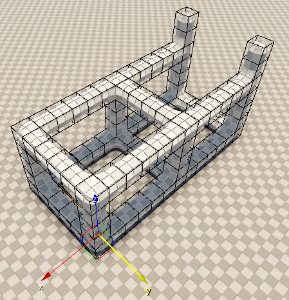 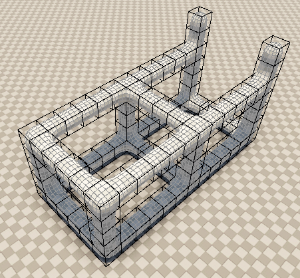 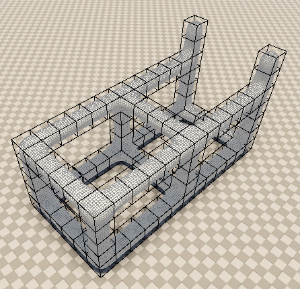 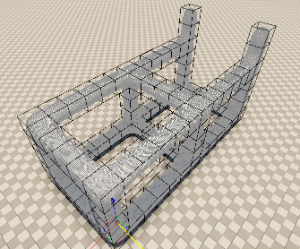 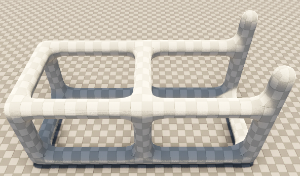 This is the Level 4 subdivision mesh.

Basically the subdivision way used for CryDesigner can deal with an open geometry as well. Namely boundary edges shared by only one polygon can be subdivided according of the Crease Rule.

Take a look at the next two examples showing a subdivision of an open mesh: 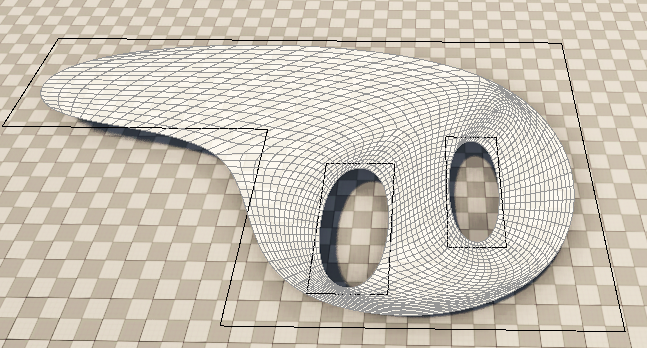 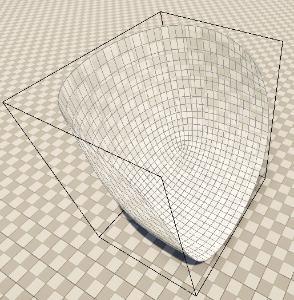 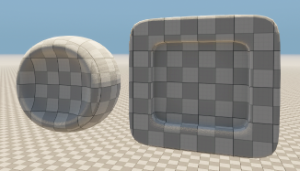 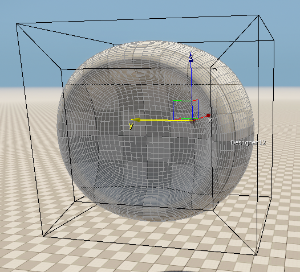 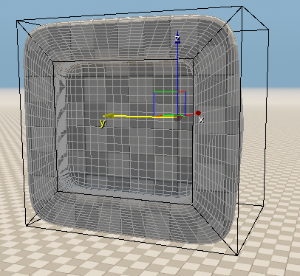 The upper both objects use the same control mesh but the left image is showing an smooth subdivision result and the right image is containing a subdivided mesh to which semi-crease sharpness is applied.

An example of a semi-sharp crease. The control mesh(whose subdivision level is 4) for each of these surfaces is the unit cube drawn in wireframe, where crease edges are orange and smooth edges are black.

In the first image, the crease sharpness is 0, meaning that all edges are smooth. The sharpnesses for the following images are 1,2,3, and infinite (more than 4), respectively.