Structure of a Script Entity 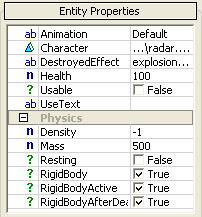