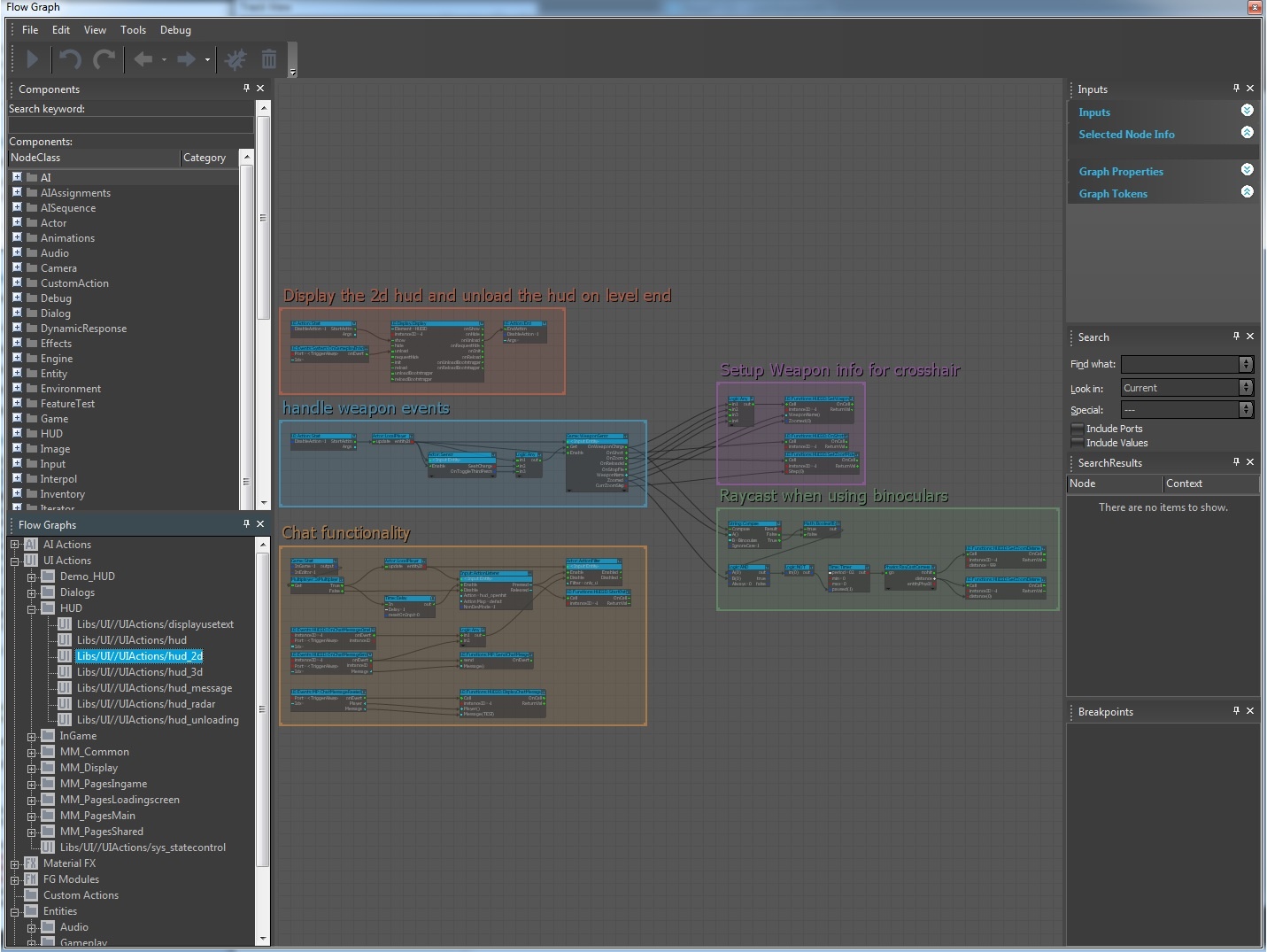 A UI Action is a type of flowgraph, which main purpose is to encapsulate UI logic, so that it is easy to debug and maintain.

To create a new UI action, inside the flowgraph tool go to the drop down list at the top and choose "File->New UI Action...".

UI actions have some special properties:

This is the entry point of every UI action.

This is the exit point of an UI action.

One way to use the functionality of the UI elements is to directly use the exposed functions / events in your level Flowgraph. This isn't an optimal approach for development. It maybe good for prototyping and quick testing of features, but it has some downsides:

In order to solve the above issues and make development of the UI maintainable and easy to debug, CRYENGINE suggests that you use the UI Actions.