The Viewport window displays the scene which is rendered by the Engine, but viewports are more than passive observation points. This is where a large majority of the level design tasks take place, such as object placement, terrain editing, and in-editor play testing. They are also dynamic and flexible tools for a user to understand the 3D relationships among objects in a level.

Moving in the Perspective Viewport Window

You can control the camera movement with the standard WASD control system commonly used in First Person Shooters.

Hold down the middle mouse button and move the mouse pointer to pan the view.

Roll the middle mouse button wheel to move the view forward or backward. 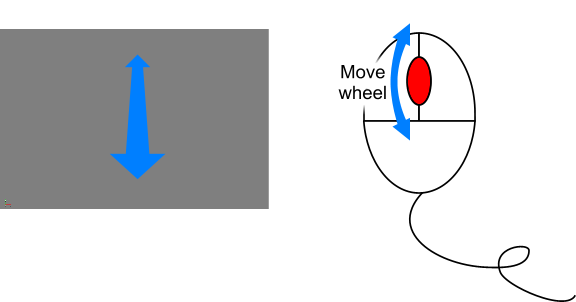 Hold down Shift to double the speed of the viewport movements.

The Speed: input is used to increase or decrease the movement speed of all the movements you make in the main Perspective Viewport.

The 3 buttons to the right of the Speed: <input> are shortcuts to the .1 1 and 10 speeds. You can also manually set the speed by typing into the box, or by using the two arrows to adjust the speed up or down.

The button after the three speed settings, turns terrain collision on and off when in edit mode.

The Viewport Search provides an accessible search field, allowing user to quickly find interested objects and filters out the rest. 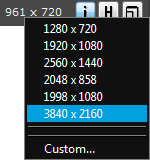 You can pick a Viewport Resolution from this menu or set your own Custom resolution by manually entering values:

This button allows you to hide all helper objects or turn them back on (Shift+Space).

You can also toggle helpers via the Display menu with Show/Hide Helpers. 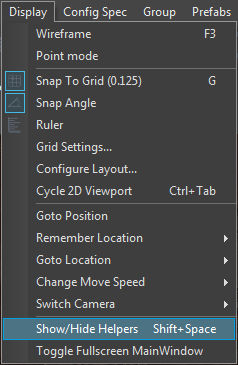 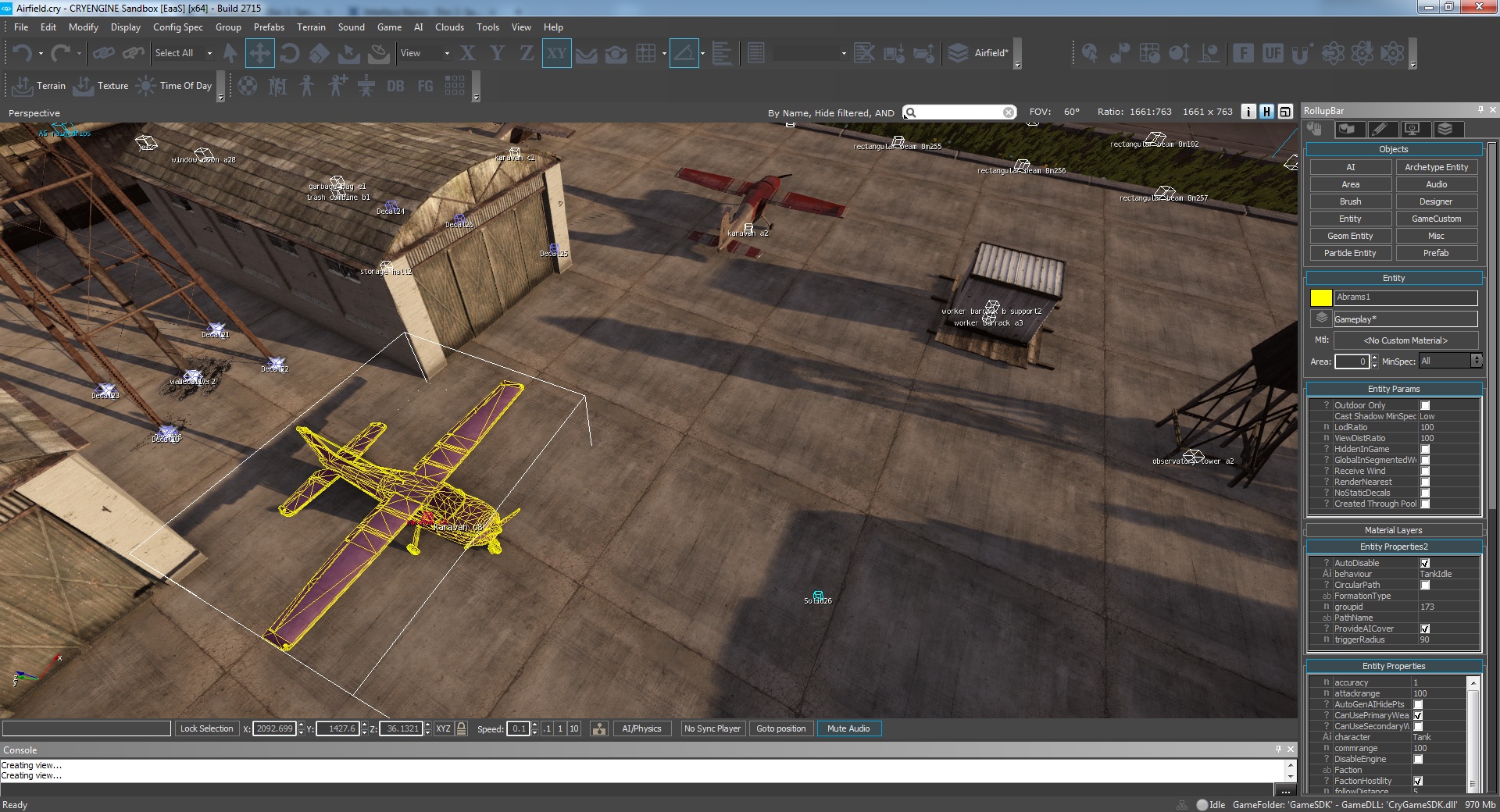 The Maximize Viewport Toggle switches any active viewport between its normal size and fullscreen size.

The View menu allows you to turn various windows and toolbars on or off as well as open the various Sandbox Editors and the Database View.

If you close a window and want to open it again, you can use the View -> Open View Pane menu. 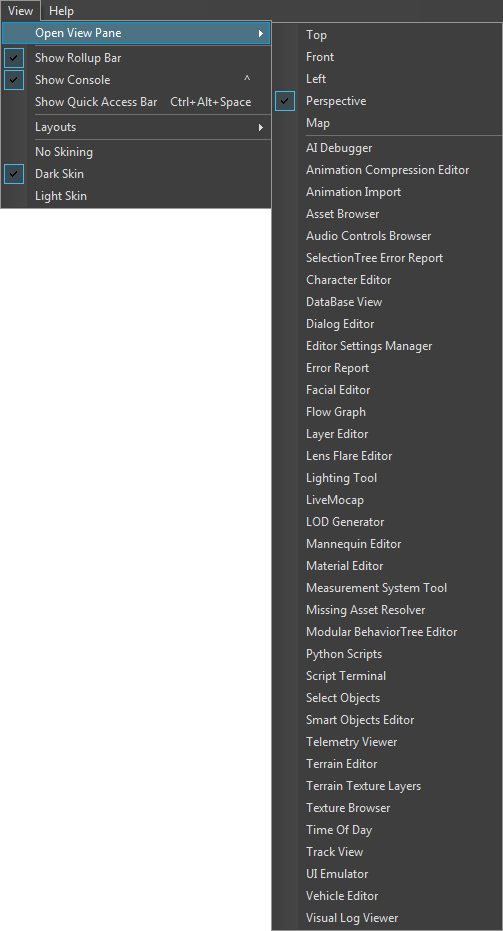 Shows a top down view of your level, consisting of bounding boxes and line based helpers. Terrain Geometry will not be shown. 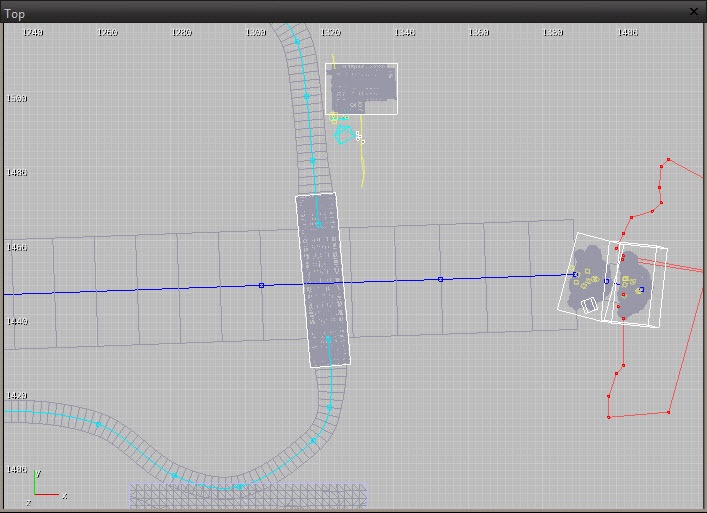 Shows a front view of your level, consisting of bounding boxes and line based helpers. Terrain Geometry will not be shown. 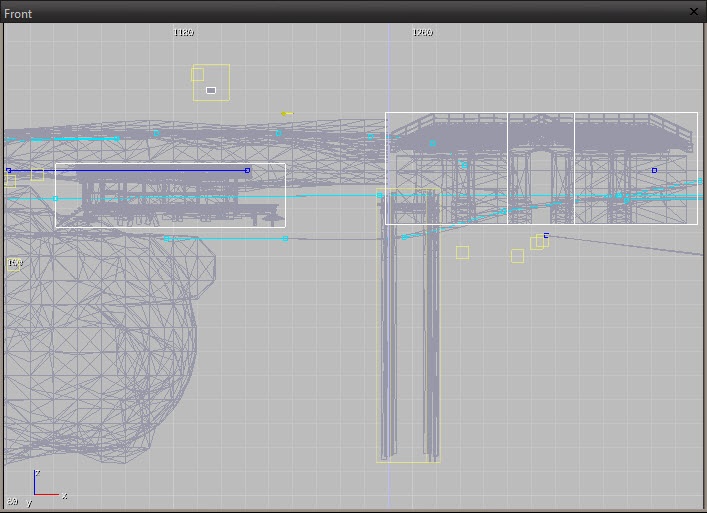 Shows a view of your level from the left side, consisting of bounding boxes and line based helpers. Terrain Geometry will not be shown. 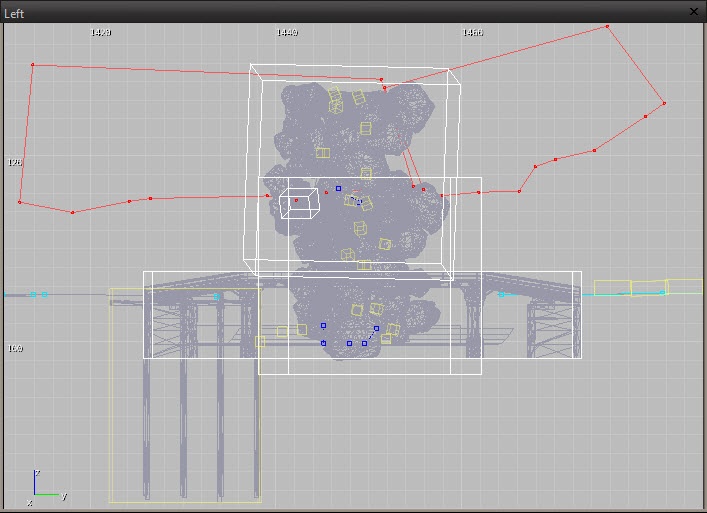 Shows a view of your level using the default camera perspective, showing all level content. This is the most commonly used view mode. 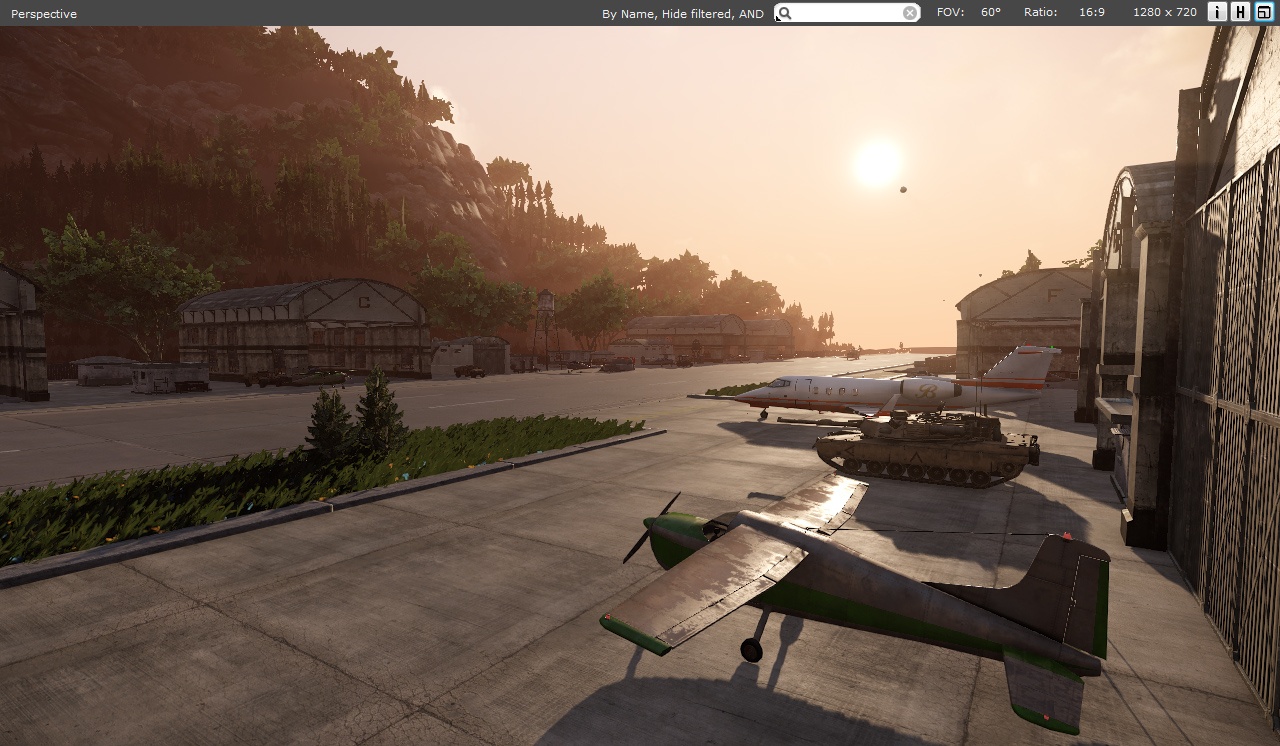 Shows a overhead map of the level with helper, terrain, and texture information. 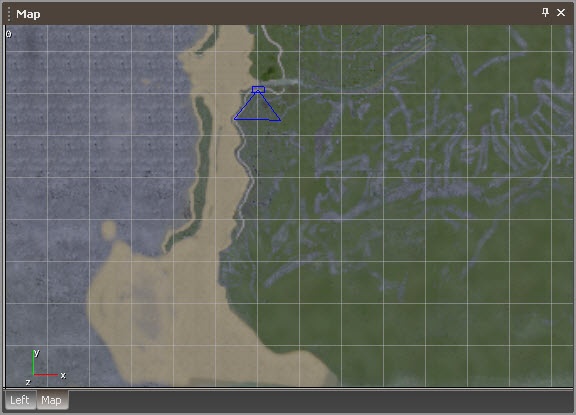 Scaling and moving tools works the same way as in Windows. Move the mouse pointer to the edge of the window so that it turns into a double-ended arrow. Click and hold the left mouse button and move the mouse cursor.

Docking Tools to the side of the Viewport

Docking helpers will automatically appear whenever you drag a window over another window, or the Sandbox Editor itself.

Now, the window is docked. To undock it, drag the title bar again and move the selection window away (make sure that you don't accidentally re-dock it by moving it over a different button).

Docking a Window within another Window

Open up the View menu and open another tool (for example, the Flow Graph editor).

Now, as before, drag the title bar of the selected window away to un-dock it.

Docking a Window as a Tab in another Window

This is a great space saver, especially if you have only one monitor.