Create Object *** 5.5.2 (Tools -> Level Editor -> Create Object and top left by default): this is the tool where the user can add all objects to a scene just like in the old Sandbox Editor.

Terrain Editor *** 5.5.2 (Tools -> Terrain Editor): this tool not only contains the elements that were previously located in the second tab of the RollupBar, but it also contains other terrain relevant tools that were scattered in different places in the old Sandbox Editor such as Terrain Texture Layers.

Vegetation Editor *** 5.5.2 (Tools -> Vegetation Editor): this is a tool that has basically been stripped out of the RollupBar. However, it still has the same functionality and serves the same purpose as it did before. 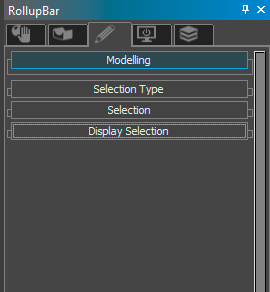