To make a simple orbiting camera that follows an object, link the camera to a TagPoint and then link the TagPoint to the object. This way the TagPoint entity can act as a pivot, animating its rotation in Track View will make the camera rotate around your object. 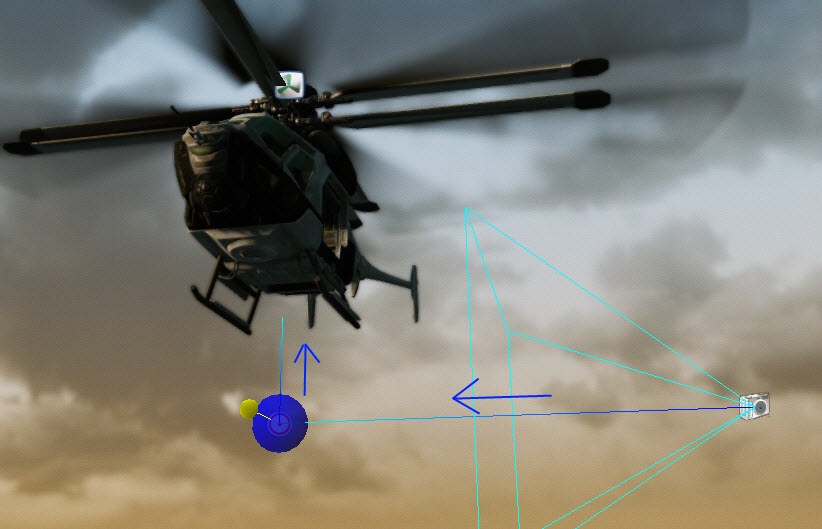 Image Modified
Link the entities together in this order. 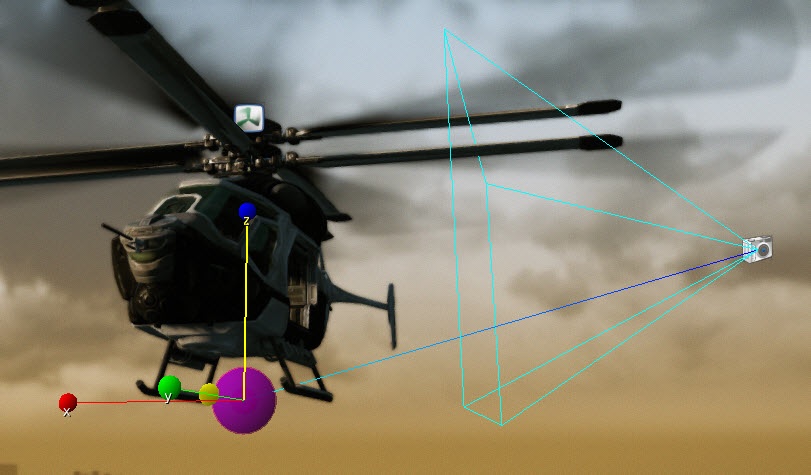 Image Modified
Afterwards move the TagPoint to 0,0,0 in local space.

As a result, the helicopter will appear tilted, but the horizon will be parallel to the screen. 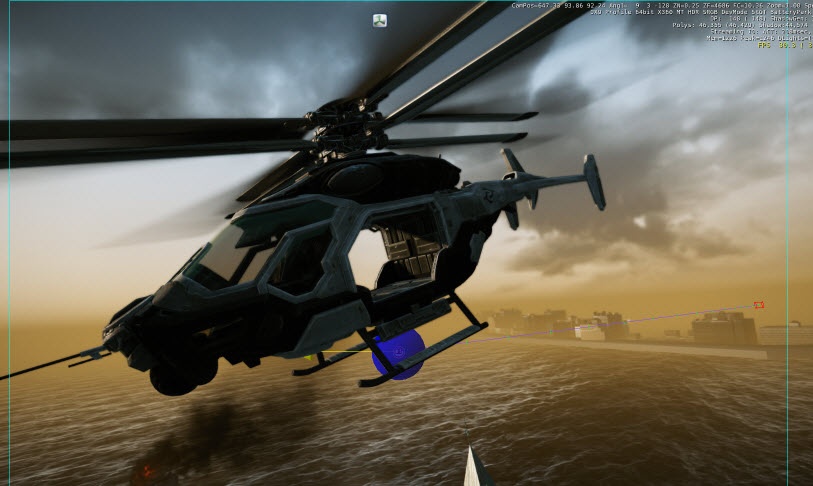 To do so, use one root TagPoint that will be used to animate the position. Link your target entity to it (e.g. a helicopter) and only animate its rotation. Then link the pivot TagPoint and the attached camera to the root TagPoint as well.

Now you can rotate your target and the orbit pivot independently of each other. 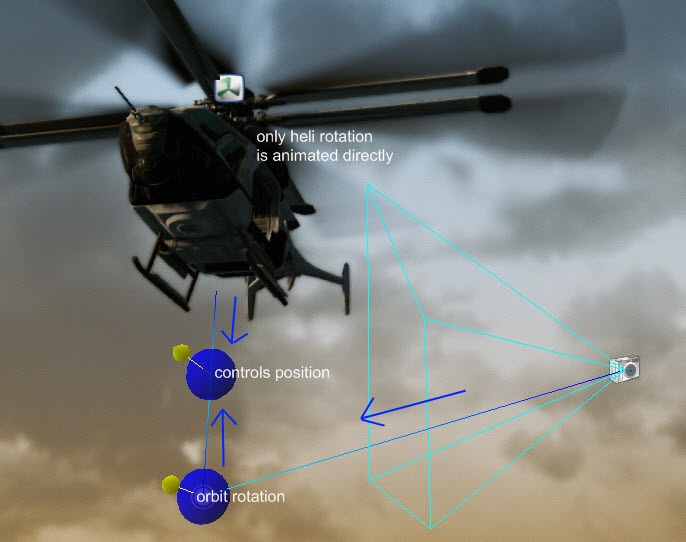 The drawback of this solution is that the setup gets much more complicated. For this reason it should only be used if absolutely necessary.

In case you want to make a camera that transitions out of an orbit movement and generally is more flexible, use the setup as reference only.

Align to Object). Even with a small number of keys you can easily recreate the orbit movement.