The Particle Effect Entity entity is used to place by Particle Effects in the level that are setup created in the particle editor in the level. It Particle Editor. It acts as a 'container' for a particle effect and it can be attached to any object using the link feature. Using the Flow Graph, particles can be turned on and off. Several entities such as the explosion and vehicle entity have already build-in particle spawning support so no need to place an extra effect.

The particle effect entity can be found in Rollup Bar -> Entity. 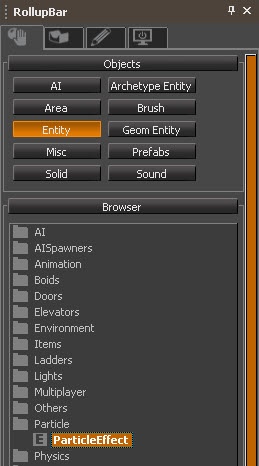 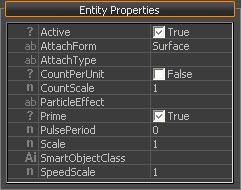 Particle Entity properties will become available after dragging a Particle Effect into the level and/or selecting it.