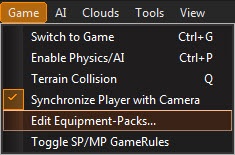 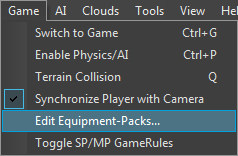 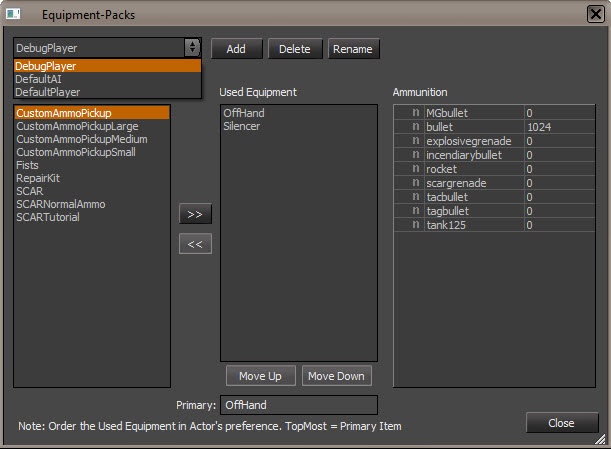 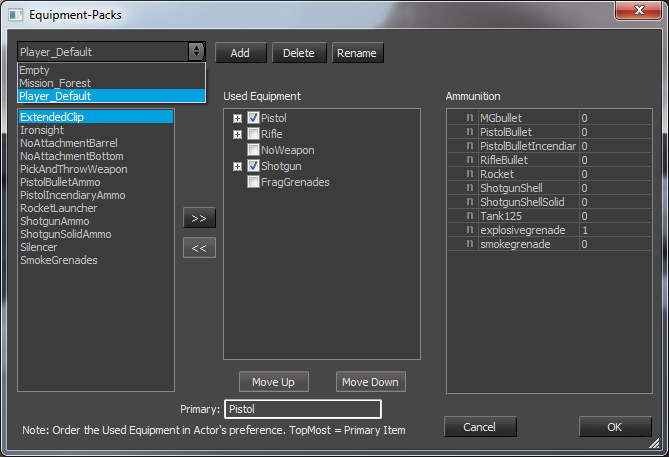 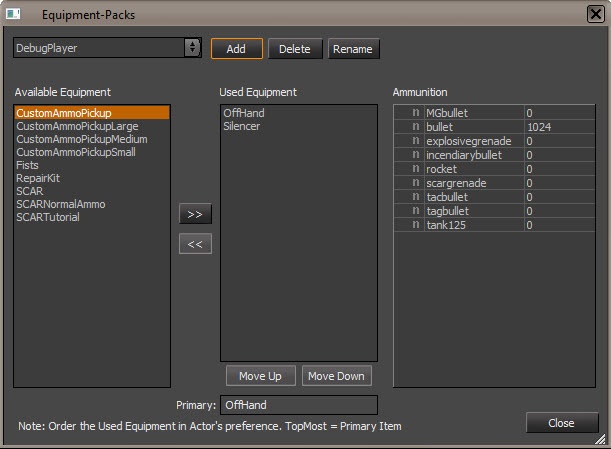 Add and remove weapons and equipment items to and from the lists by using the << and >> buttons. 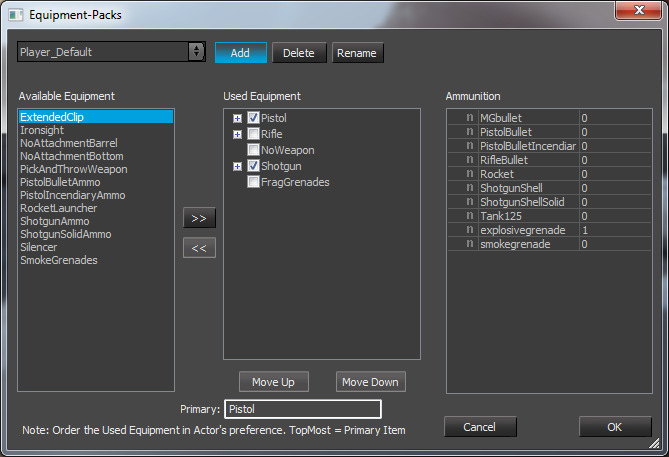 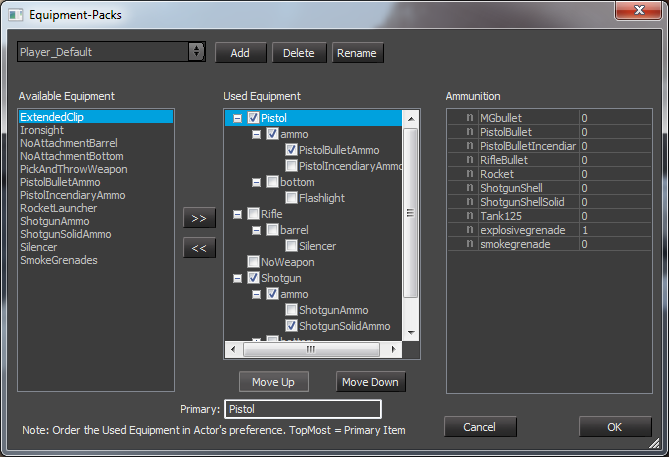 You can also access the equipment pack Equipment Pack editor by clicking the EquipmentPack "..." button in the properties of a character with a weapon.

Enemies can be configured to 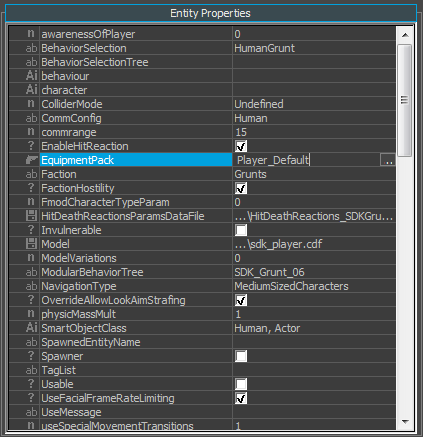 To give the player individual weapons and items, the Inventory

Nodes should be used.

Right-click the Flow Graph window and find the Inventory nodes: 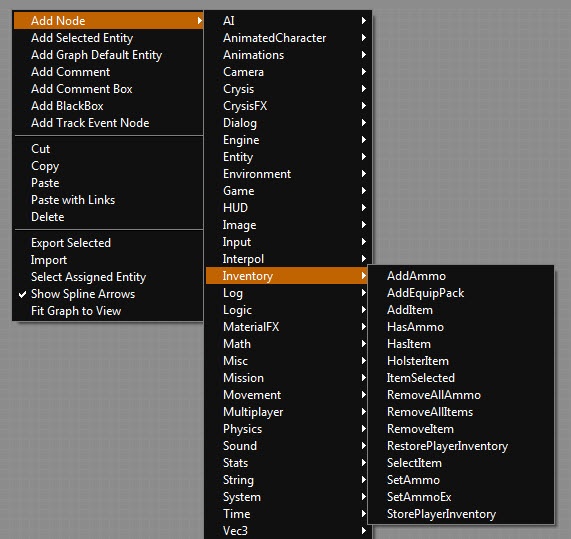 Use the Add Node/Misc/Start node to give the player a SCAR In the example below, the player would receive a RocketLauncher at the beginning of the level:

When the player starts the mission, he will have the SCAR right at the beginning. 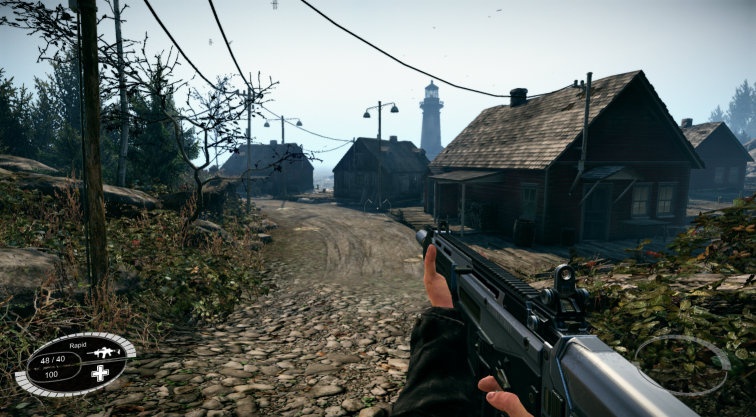 Some things to experiment with:

, then when they passed through the AreaTrigger, they would receive 2 additional Rockets: