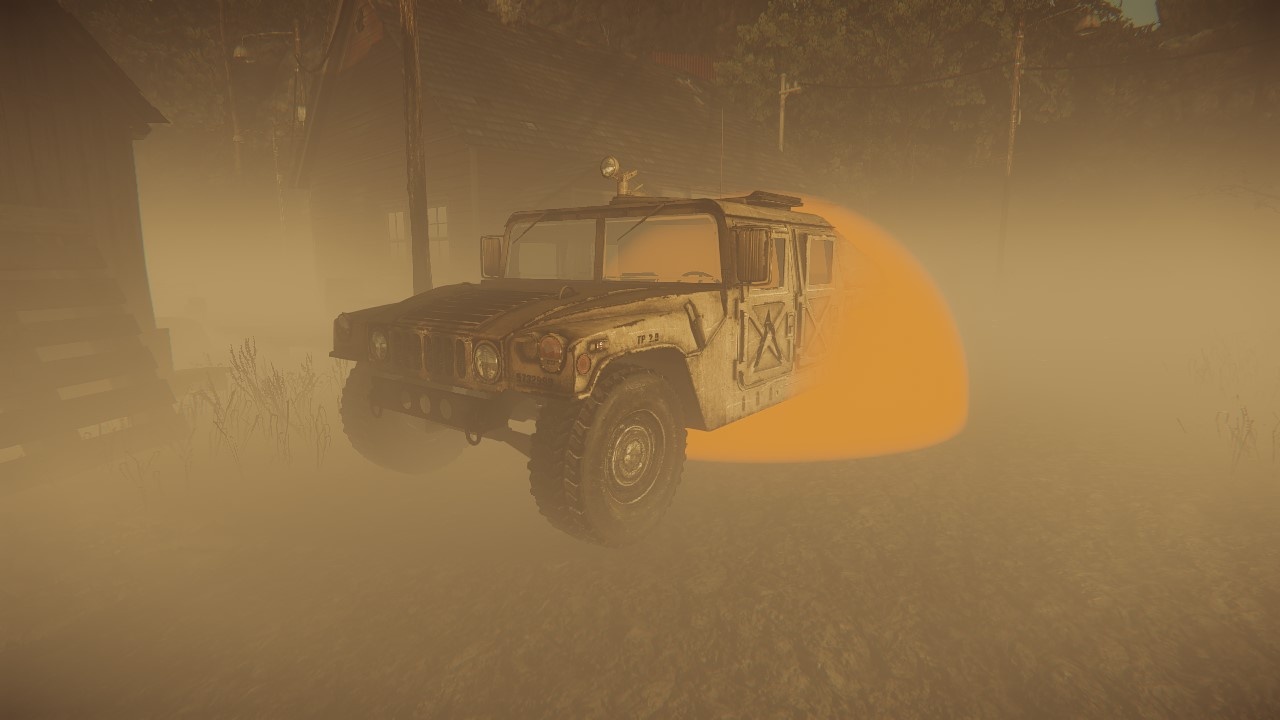 Image Added
A HMMWV inside two fog volumes - One large (brown) and one small radius (orange).

Fog volumes are placed as entities . To place one open the RollupBar, select Entity, Render and then FogVolume in the tree view belowvia RollupBar -> Entity -> Render -> FogVolume. Drag the entity into the render view perspective viewport to place it. You should be see a white, spherical fog volume.