The Animation Graph - Getting Started

Telling a Character which AnimationGraph to use

AnimationGraphs can be used by multiple characters, or a character can have its own. Commonly, the player has his own AG, and all humanoid AI/NPC characters have one they share. Special character types, like animals, might have their own graphs. Graphs can be shared as long as the animation names are identical, even if they point to different files on the hard drive. Use the .chrparams file to set this up. The AnimationGraph a character uses can be changed at runtime with Flow Graph or code.

The character's lua script defines which AnimationGraph is to be loaded for a character. For the Hero Character, this is the player.lua file in the Scripts/Entities/actor folder. AI/NPC characters usually derive from BasicActor.lua or other base files - optionally they can overwrite the AnimationGraph property and load different graphs.

Please note that you do not have to provide an upper body graph. Just leave the string empty (""). Do NOT specify the fullbody graph on both layers, as it will cause problems with animations not being played.

The AnimationGraph is located with the other View Panes in the Menu View -> Open View Pane. 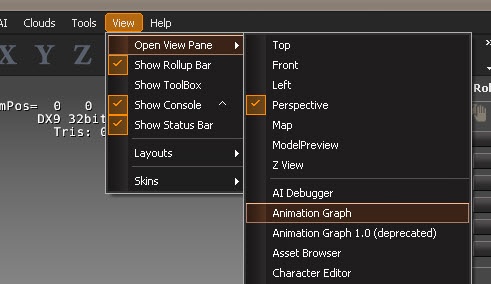 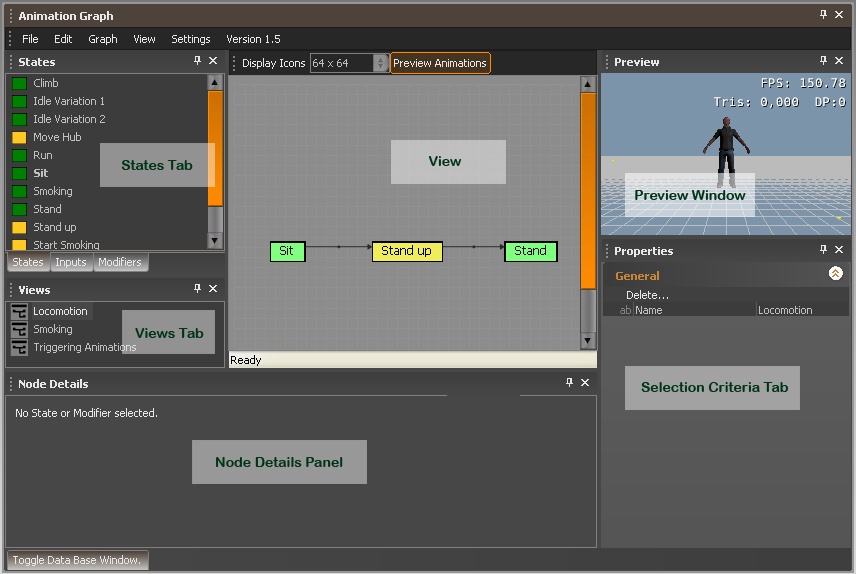