Particles tab on DataBase View is no longer supported in CRYENGINE. It will be removed from the engine in the future and some features might not function as expected. For more information about the new Particle Editor tool, please refer to the Particle Editor page.

The Particle Editor can be found in the Database View → Particles tab. It can be used not only to create particle effects and tweak their parameters, but also to manage and store them.

A particle effect can be used by either being dragged and dropped into the perspective view or by being assigned to a selected particle entity. This entity determines the basic location, angle, scale, and or link information with other entities. 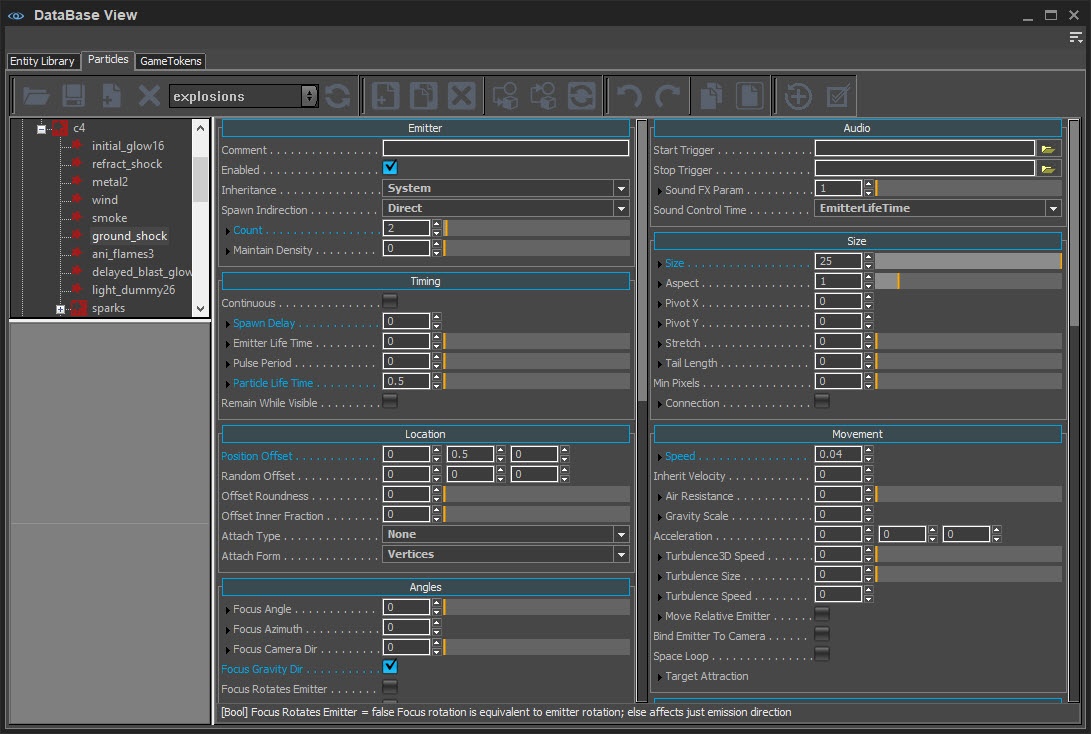 Besides the input of the base value, most of the numeric parameters can be randomized and varied through extra values. They allow random variation and evolution over particle and/or emitter lifetime.

To access the variation controls, click on the expand (+) widget next to the value. When closed, this widget is colored if any variation values are non-default.

A variable parameter can have the following components:

An effect can have any number of child effects, created and shown in the Item View as nested sub-effects. They can be nested to any level. There are two kinds of child effects:

Like many other elements in CRYENGINE, particle effect data is saved in a library file (xml.) The default folder is located in GameSDK\Libs\Particles.

All of the particles that are available in the game should be stored in this folder, organized into different types of particles, such as smoke_and_fire, explosions or vehicle_fx, etc.

The first thing you need to do is make a new library and save it in the folder above. After this, add the new Groups or Items into it.

Every particle effects are belonging to Group. At first, you have to make new group to add new Item on your library.

After applying the texture and/or materials to the new particle, users can start working on Particle Editor Params.

The final step is to implement the particle effect into the game. Now, different steps can be taken, such as putting the emitter in the scene and linking it to an asset or giving it different functions via the Flow Graph or Track View.

A Material Effect can also be set up to define a custom impact effect or make a full screen effect through Flow Graph and implement it into the particle effect.

In the Item View, the particle effects can be access and organized. 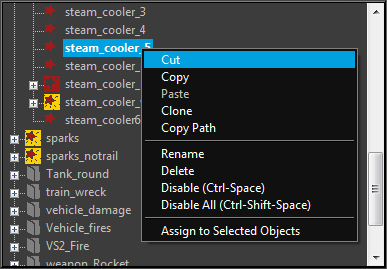 Positioned at the bottom left corner of the Particle Editor window, this window displays a quick preview of particles; but it is advised not to try and edit particles in this window. 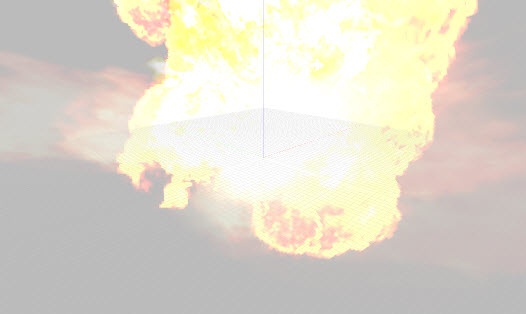 The Preview Window will position the camera automatically to capture the particle in its entirety. This means if the particle has a large bounding box, it will zoom the camera out far to fit it all on the screen. Use the Left Mouse button to pan the camera and the Mouse Wheel to control zoom levels. 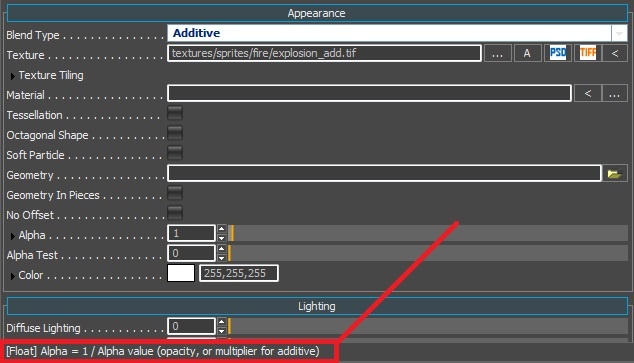