You can enable different Obstruction/Occlusion settings on the AudioTriggerSpot, AudioAreaEntity and AudioAreaAmbience properties in the Editor.
Using these settings correctly helps you to create a game world where sound is realistically filtered and attenuated and in line with its surrounding environments.

All Audio Entities default to Ignore as their SoundObstructionType setting. 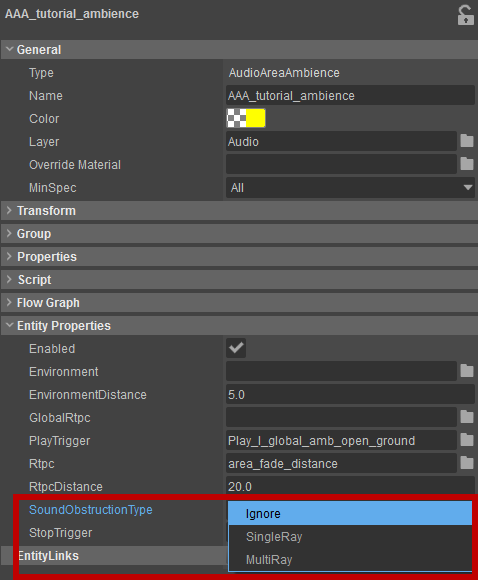 For each Audio Object it's good practice to see which SoundObstructionType works best and to choose No Attenuation when there is no advantage gained from having Obstruction/Occlusion calculated.
Choose MultipleRay only if the accuracy of the single Raycast is not sufficient, or if you want the Entity to be able to calculate both the Occlusion and Obstruction separately.

The Raycasts are skipped for the Entities that don't have an active playing audio system Trigger, even when the SoundObstructionType is set to SingleRay or MultipleRay.

Occlusion is applied to a sound source that is completely or partially hidden from the listener by the other game object(s).

The Occlusion treatment is applied to the audio signal before it is sent to the environment aux buses, therefore it affects both the dry and the wet signal. 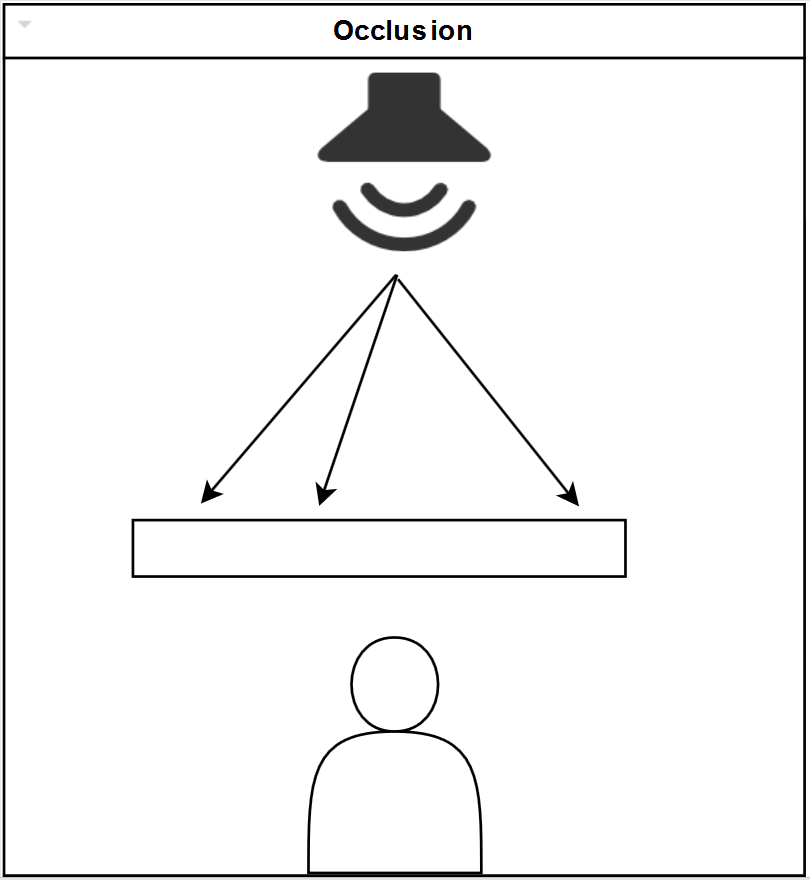 s_OcclusionMaxDistance allows you to set a maximum distance beyond which the sound Obstruction/Occlusion calculations are disabled.
For example, "s_OcclusionMaxDistance = 150" will cause the Engine to calculate the Obstruction/Occlusion values for every active Audio Object with SoundObstructionType set to SingleRay or MultipleRay providing they are located within 150m from the sound's listener.

For a full reference of the audio system CVars in the Editor, please see Audio CVars & Console Commands.

Therefore, Obstruction will only be calculated when the SoundObstructionType is set to MultipleRay on the Entity, since a single ray does not provide enough information to differentiate between the Obstruction and Occlusion.

If the center ray of a Raycast has reached the listener without being blocked and the outer rays are fully or partially blocked by game objects, then the Obstruction value is set to zero and only the Occlusion value is positive.

The Obstruction treatment is only applied to the dry signal, it has no effect on the signal sent to the environment aux buses. 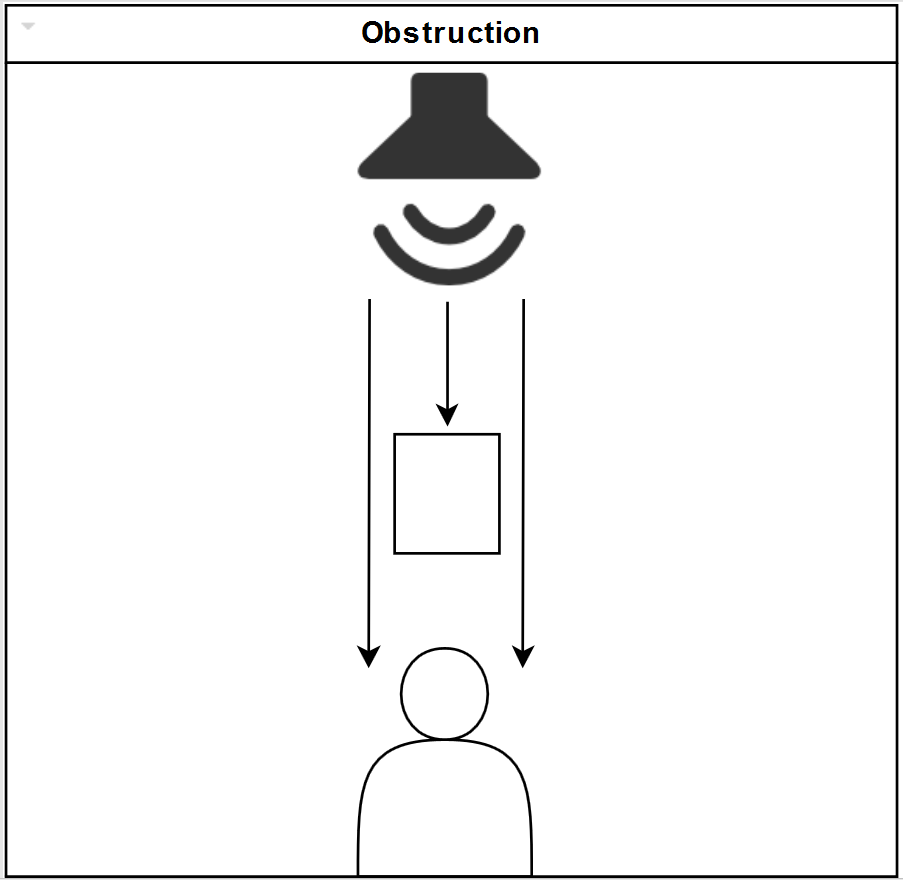 Obstruction is also affected by the distance of the Raycasting Entity to the listener. As the distance increases, the Obstruction value decreases and the difference is transferred to the Occlusion value. This reflects the fact that with increasing distance the contribution of the direct line-of-sight sound path in the overall sound perception becomes progressively smaller.

The Raycasts used to calculate the Occlusion/Obstruction values can be performed synchronously (all individual ray's occlusions are available immediately in the same frame the Raycast has been requested) or asynchronously (the individual ray data is received over the next few frames and processed once all of the rays have reported back). Clearly, the synchronous Raycasts are much more responsive, but they also require more processing resources, and can cause performance spikes if a large number of Raycasts are performed in a single frame. In order to save resources and avoid performance spikes the Engine switches between synchronous and asynchronous Raycasts based on the distance between the sound source and the listener. For the sources close to the listener, the synchronous casts are used to provide a max responsive environment, for the sources further away the Engine uses asynchronous casts.

For each SurfaceType in your game you can define how much it affects the sound passing through it.
The sound_obstruction Physics property is a value between 0 and 1. For each Raycast from a sound source, the ray's Occlusion value increases by the sound_obstruction value of each surface it intersects.

Values for each SurfaceType can be set in the \Libs\MaterialEffects\SurfaceTypes.xml (which you can find in
<Game folder>\GameSDK\Assets\gamedata.pak). The exact effect that this value has on the audio content of your game will be defined in your audio middleware.

In this example the SurfaceType mat_fabric would have a sound_obstruction of 0.5 applied to the sound.
For this material with a sound_obstruction = 0.5 the maximum Obstruction/Occlusion value that will be reached in the game is 0.5.
Therefore, if the sound would be fully occluded by one object with this surface type, the Occlusion value shown in the Editor debug and passed to the audio middleware will be 0.5.

If the sound would also be Obstructed the combined values of Obstruction and Occlusion would be summing up to 0.5. However, their sum would never exceed this maximum value as it is defined as the maximal Obstruction/Occlusion value in the sound_obstruction for the material.

Debugging Raycast in the Editor

There are three specific flags in the s_DrawAudioDebug CVar that will allow you to easily see in the Editor the values calculated by the Raycasts.

To learn how to setup Sound Obstruction/Occlusion in Wwise please see Wwise & Occlusion.